"The characters acquire a life of their own", interview with Ana Olivia Fiol, author of "The island of amber" 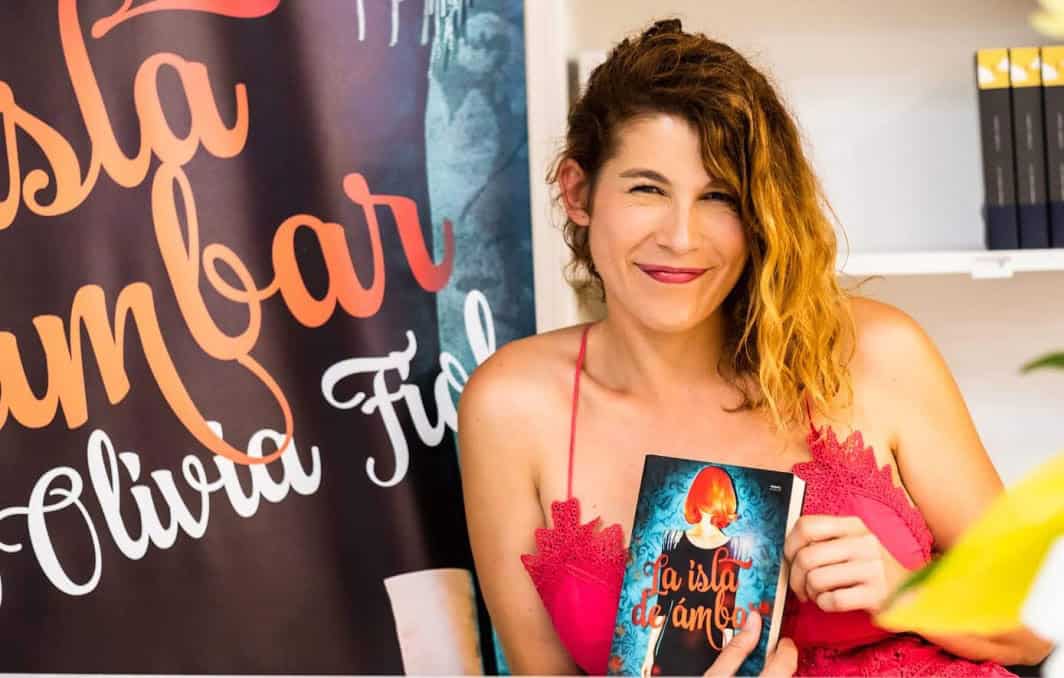 How is the reception of "The island of amber"?

Well, the truth is that at first it was all intrigue and curiosity about how readers were going to judge it, who are the ones who matter, but now I am very happy. Every day I get opinions from people of all kinds and I appreciate that people are enjoying reading.

So, is it true that when you go deep into a character, you end up talking to yourself?

They don't just talk ... they acquire their own lives. To such an extent that, when that phenomenon occurs suddenly there are elements in the story that no longer fit because, given their personality, they would not react in the way everything was previously pre-designed.

Are there characters based on real people?

To give life to Philip and Lola, Victoria's best friends, I focused on close friends. The antagonists also have some real origin, recognizable to some, but which have evolved as the story grew.

So, is there much reality in the book?

Yes. Enough. A person very close to me has recommended that when I tell it, I should leave that issue shrouded in mystery, hoping that people believe that I could get through a dream, but I think that who knows me well will recognize some of the situations What happens Victoria? Without a doubt, a good part is based on my own life.

And also the setting of the novel, on the island.

Of course. The whole story takes place in Ibiza, so the reader who is here enjoys touring places he already knows, with a new approach, while whoever reads it from outside the island takes it as a small guide to discover special corners that do not They are always in the public domain.

As it seems, "The island of amber" is more than a story that revolves around sex. Tell us

So, you better not reveal much yet.

Exact. It is dangerous to explain the book too much, because what is fun and interesting is getting carried away by the story and being surprised, scared, angry, happy and even excited ... (and a lot) at the same time as the protagonists. In fact, the acknowledgments are at the end so that the reader does not fall for them prematurely, if they do not want to. The people mentioned can give clues to what happens in the novel.

Apparently the initial version of this novel had 800 pages that have been left in little more than half. How was that?

It was a very long story. With a turning point that completely turned the story around, but publishing a book of 800 pages was impractical for many reasons. In addition, when faced with the challenge of having to restructure and rewrite it, with the support of my Versatile editors, it occurred to me to give more importance to some antagonists who at first were not so decisive and with whom, in addition, a new element emerged that in the initial manuscript it made no sense: Jealousy. In the final version jealousy has an interesting role and makes the story more consistent within its genre.

They have been working on the same text for many years, right?

A long way to get to see your book published, right? How has the process been at the editorial level? What advice would you give to someone who wants to publish their own work?

It is not easy to break through in the literary world. But do not stop trying. The tools that we all have access to and some social networks, if they are well used, can be very useful for a writer who wants to break through.

But you already had experience writing on request. Did that give you any advantage?

I started working as a ghostwriter, or "black," around 2004. Since then my work in the shade has brought me many joys, but I can't talk about them, due to confidentiality issues. I think I have also gained experience and some "elasticity" when writing. However, to get published with my own name, I had to go through the same process as any other person willing to be published.

Thank you very much, Ana Olivia, they are very interesting ingredients that are sure to have planted interest in more than one person… future readers of “the island of amber”. Where can the book be found?

Well, the truth is that it is available in all the bookstores on the island. It runs out quickly, but, as far as I know, the distributor is replacing them effectively. In general it is also throughout Spain and is located in the English Court, the Casa del Libro, the Fnac. And there is also the version in ebook!

And do you have any other presentation event in sight?

In autumn we will make presentations in Barcelona, ​​Valencia and other cities of the peninsula. We will announce it through the web laisladeambar.com and on social networks.

Travel to Ibiza during the state of alarm 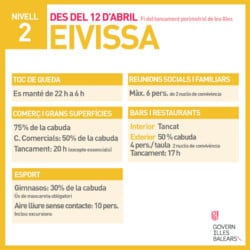 Travel to Ibiza during the state of alarm