Discover the caves of San Juan

Cueva de es Culleram, Cueva de Can Marçà…Discover the caves that you can explore in the municipality of San Juan – Sant Joan de Labritja

The municipality of Saint John or Sant Joan de Labritja, located north of Ibiza, is one of those that houses the most beautiful natural landscapes of the island. With its 121 km of extension, its semi-wild beaches with crystal clear waters, its pine forests and its mountains, it is one of the most appropriate areas for activities such as hiking and also has several caves which is well worth a visit.

La Cave of Es Culleram or Es Cuieram cave was an important ancient Phoenician-Punic sanctuary dedicated to the Phoenician god melkart and to the Carthaginian goddess Tanit, goddess of fertility and fortune, from late XNUMXth to XNUMXnd century BC Inside, in various archaeological explorations that began in 1907, hundreds of votive figures of the goddess Tanit and other objects of the Bronze Age which can now be seen in Archaeological Museum and in the Monographic Museum of Puig des Molins Of Ibiza.

In times of celebration of rituals, the temple received large groups of priests from all over the island. The sanctuary was divided into three spaces, an open patio with an altar where sacrifices were made, a central part with the representation of the goddess Tanit and the deepest part of the grotto. Still today there are many visitors who make offerings to the goddess Tanit.

How can you get there? in the mountains of the Cala de San Vicente, just before reaching Cala de San Vicente from San Juan, 1 km before there is a signposted detour through which you can reach the cave. First, there is a paved road that climbs the curves of the mountain, until you reach a detour that, after about ten minutes of walking, takes you to the entrance of the cave, which is located 2 meters above sea level.

Today the cave belongs to the Consell de Ibiza and can be visited from April to October and from Tuesday to Sunday in time 10 to 14 hours. Admission is free.

La Cueva de Can Marçà, Also known as Cave of San Miguel, is located in a beautiful natural enclave next to a gazebo with views of the islets of Ferradura and Murada and the Torre d'es Mular, on the cliff of Puerto de San Miguel.

It is an ancient limestone cave with more than 100.000 years old caused by telluric faults, which has underground lakes, waterfalls, streams and spectacular rock formations, including stalagmites and stalactites.

Its labyrinth of caves was the ideal refuge for the smugglers of the island, who used it at the beginning of the XNUMXth century to hide their merchandise.

Today offers a complete guided tour about 40 minutes in several languages in which his story is told, with various water, light and sound effects.

The Cave of Can Marçà is open all year and is located in the Port of San Miguel. When you get there you just have to follow the signs that will take you to the entrance. More information here: Cueva de Can Marçà.

La Cova des Sants or Cave of the Saints It is a cave that is little known by both residents and visitors to the island, because to get to it you have to make a hiking trail of some difficulty but it has some impressive sights.

To get there you have to take a path that leaves the Port de ses Caletes to a car park and then to a pebble beach with crystal clear waters. From the beach you have to take a relatively difficult path, for which a good physical condition is required, since you have to cross a path full of stones until you reach the cave, and sometimes you even have to climb some stretch.

It is a cave shallow with natural lighting through a gaping hole located about Meters 20, which, together with its stalactites, gives it a very beautiful appearance. Of course, again, to access the interior you have to climb in some sections, so it is not suitable for everyone.

Between Cala Xarraca and Es Canaret is the Cova de Llevant or Levante Cave, located in a rocky area facing the sea and consisting of several cavities, with a beautiful column in the middle. The path to reach it is very simple and has beautiful views, yes, be careful with the mosquitoes, because there are many in the cave.

Other caves of San Juan

The municipality of San Juan has many other small caves, many of them formed on the coast and of which we often do not even know their names. Often you can only access it from the sea, with a kayak or a paddle surf board. It is well worth exploring the coast of San Juan and discovering its wonderful landscapes. 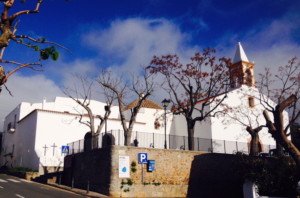