The most irresistible hamburgers of Ibiza are in these restaurants

Fans of the flesh, you are in luck! Here is a list of the best restaurants where you can eat a tasty hamburger in Ibiza

A burger is one of those dishes that few reject. A simple recipe that has become, in some places, the most elaborate. its global success has led the restaurants to look for new formulas and ingredients so as not to get stuck in the simple hamburger and in Ibiza they have been no less.

La american recipe, famous for being one of the most valued, has been exported around the world. Today, even in the letters of the more refined restaurants we find his particular reinterpretation of the hamburger. Thus, they themselves make their bread or use select meats such as Wagyu or Kobe which make the difference between them.

In spite of also having a good number of detractors who think that it is not a completely healthy food, the truth is that we all feel like it once in a while and, therefore, we are going to help you in the search for the best burger in Ibiza. 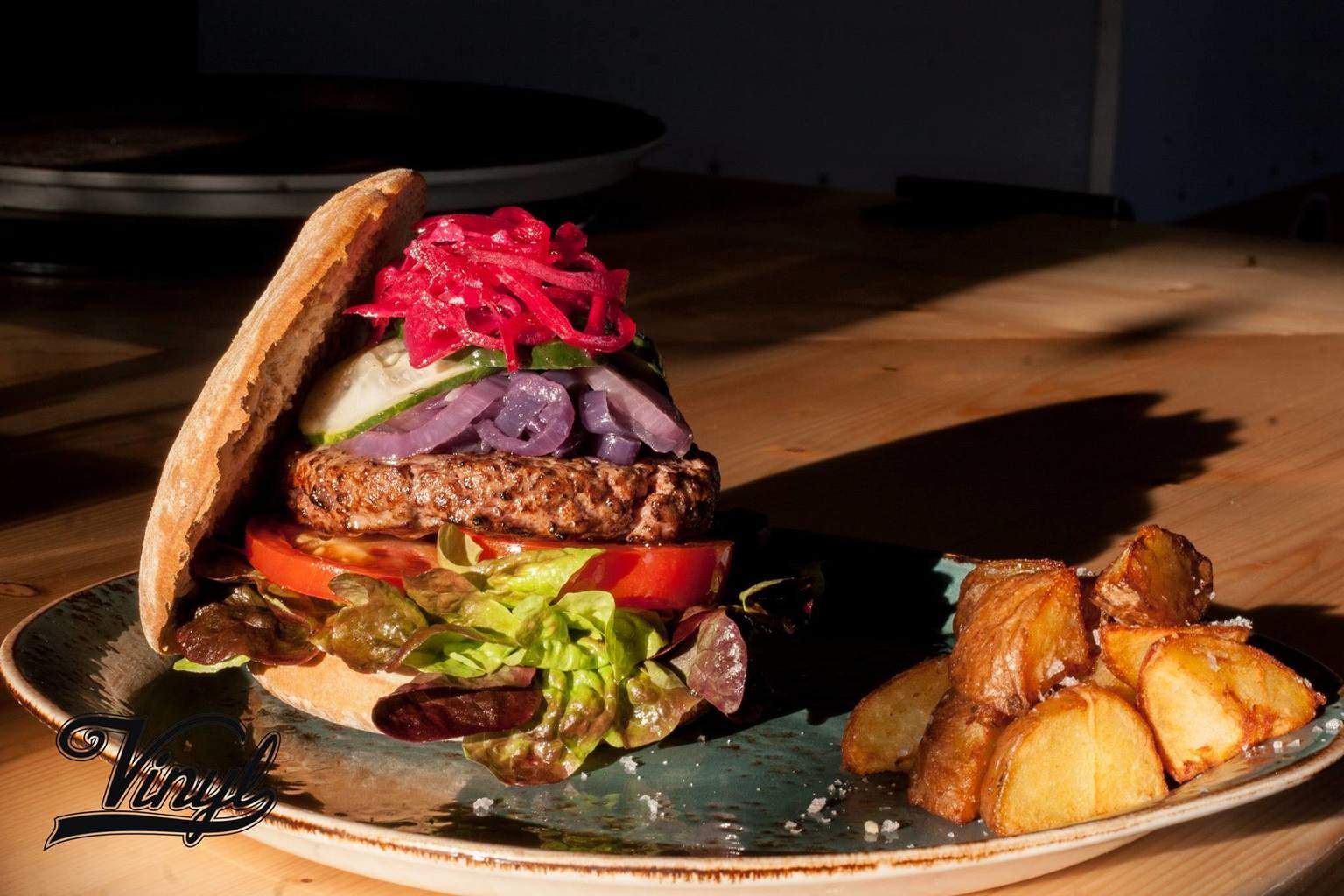 Chicken, beef, vegetarian, with tapenade, mango chutney, romescu sauce ... Let yourself be surprised by the wonderful combinations they prepare in Vinyl, already famous among residents and tourists. 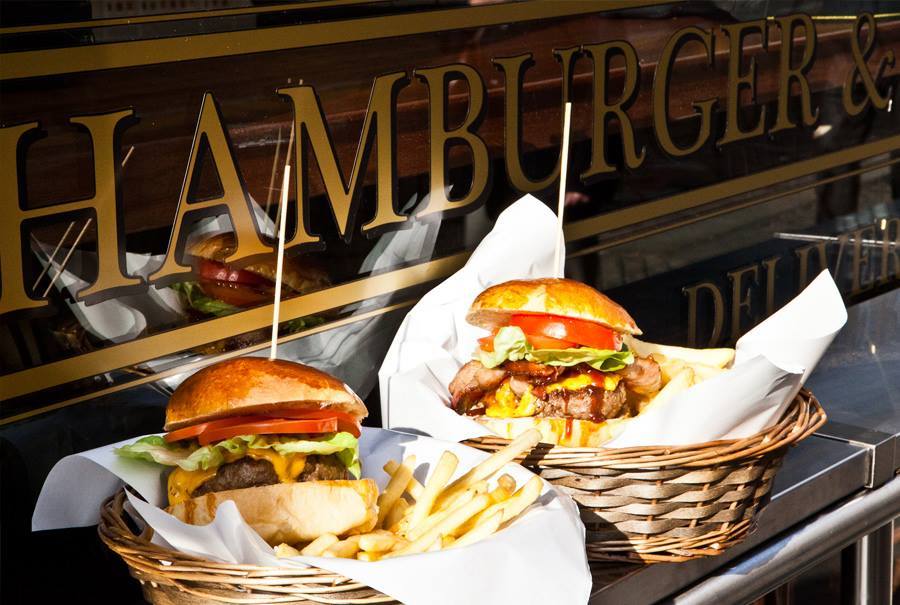 En Two Two quality burgers, In the center of Ibiza, they serve exquisite American hamburgers in a most pleasant atmosphere and with a decoration that has been cared for to the millimeter. 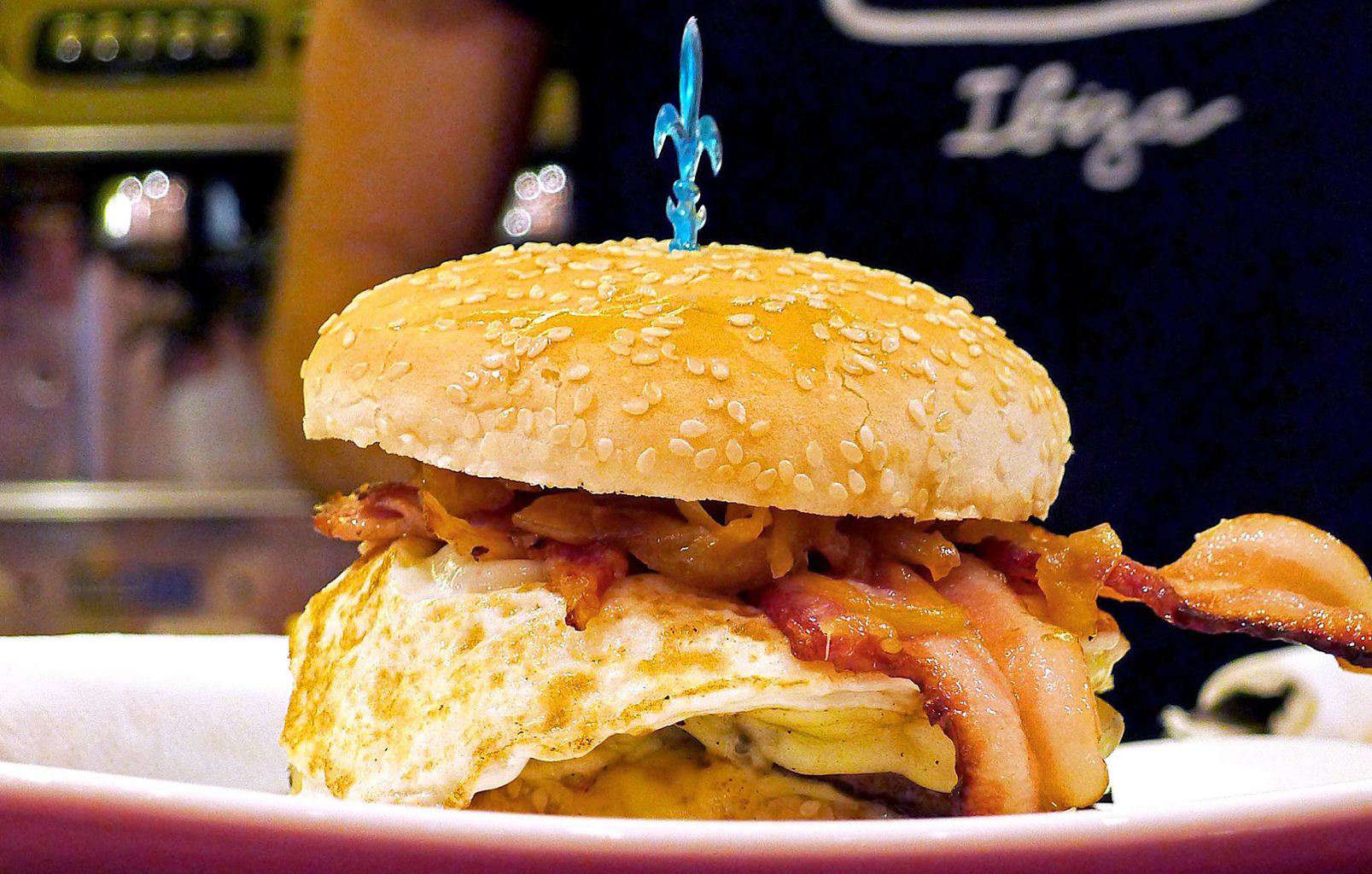 Va Bene It is one of the best options in the center of Ibiza when it comes to eating a hamburger, not only because of the quality, but because, if it gets late, they serve them until late at night. In addition, their prices are not exorbitant. 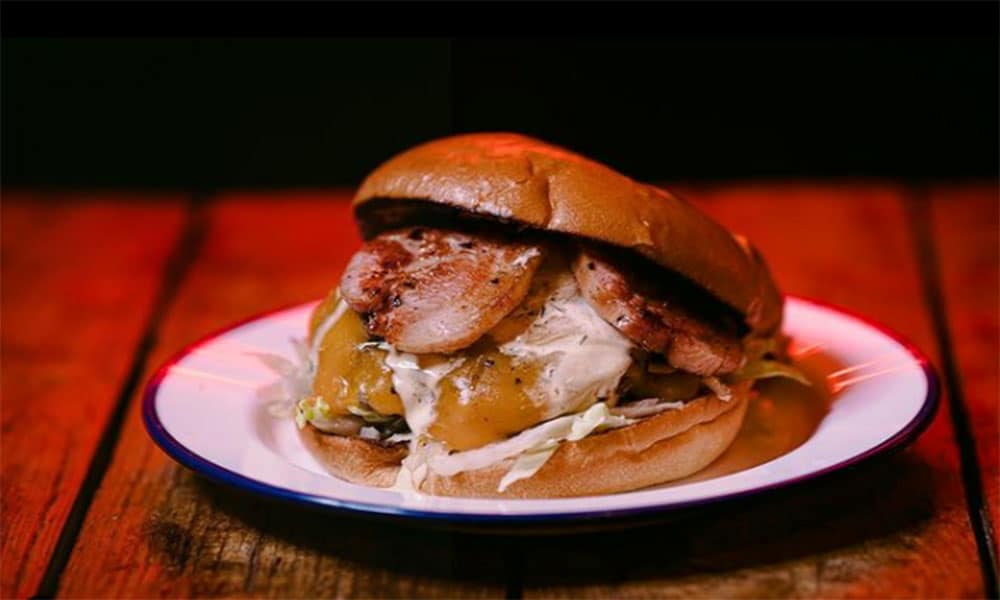 Lydia's Smokehouse It has been a great success on the island, so much so that it opened its doors in Ibiza and, shortly after, it opened another branch in San Lorenzo. Two places in which the southern American tradition predominates. The secret of their hamburgers? Among others, the quality of the meat. They are made with five different parts of German Charolaise cow. There is nothing! 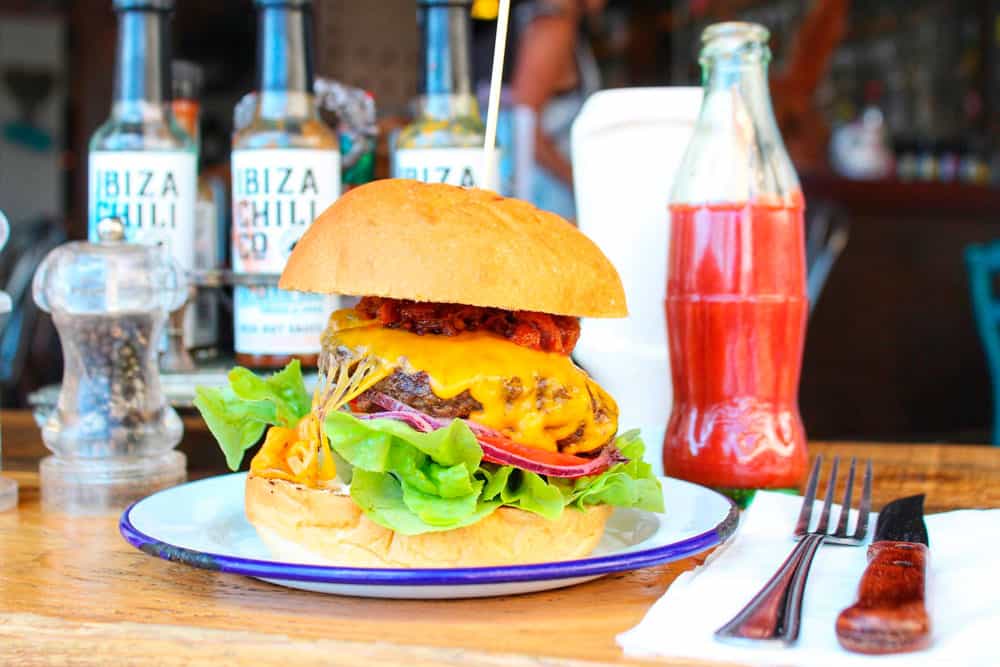 Social Project It is a modern and vintage restaurant at the same time in which carnivores, vegetarians and vegans alike enjoy burgers.

THE BOOO, IBIZA AND SAN ANTONIO 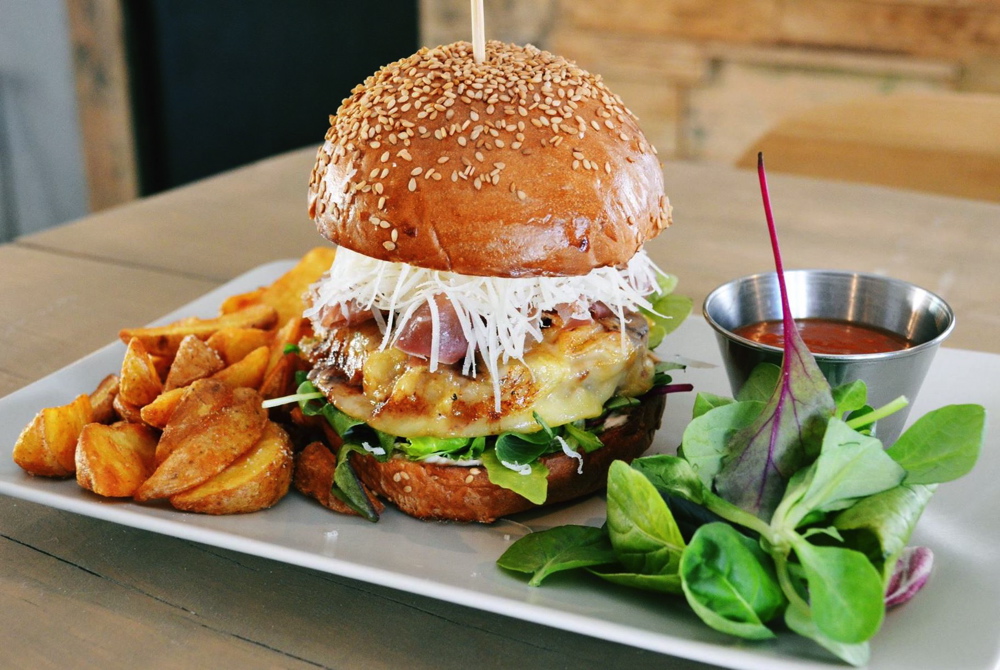 The Booo It is another burger joint that has managed to win over its clientele from the first moment. Proof of this is that, after opening his first restaurant in the es Vivé area, in Figueretas, he opened another in San Antonio. We advise you to go hungry because finishing with one of their large hamburgers is not an easy task. 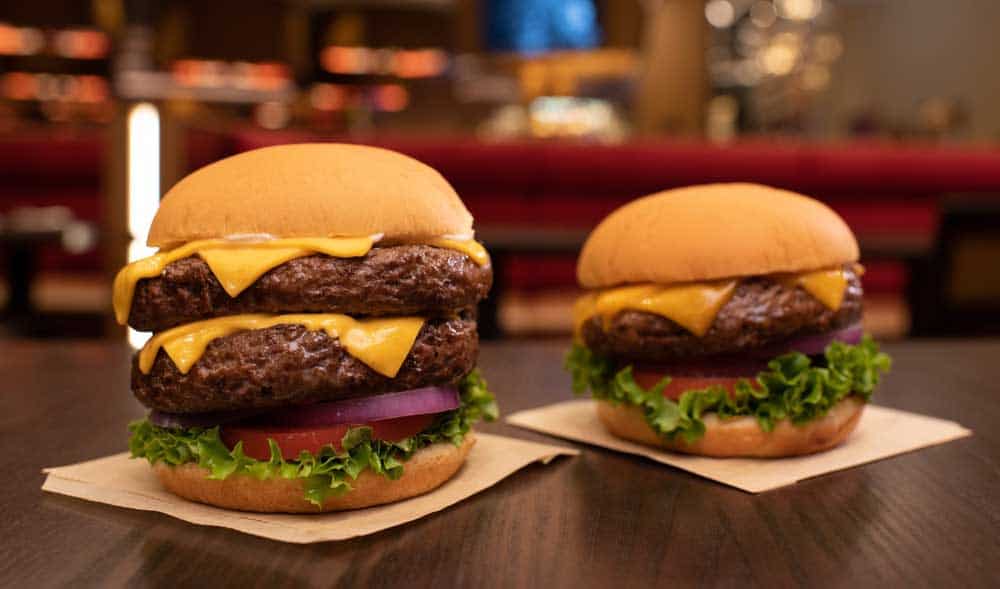 Little remains to be said about the mythical Hard Rock Café that is not already known. Well, on the island we have ours! In the middle of the Vara de Rey promenade you will find Hard Rock Cafe Ibiza. 100% American recipes in one of the rock temples par excellence. 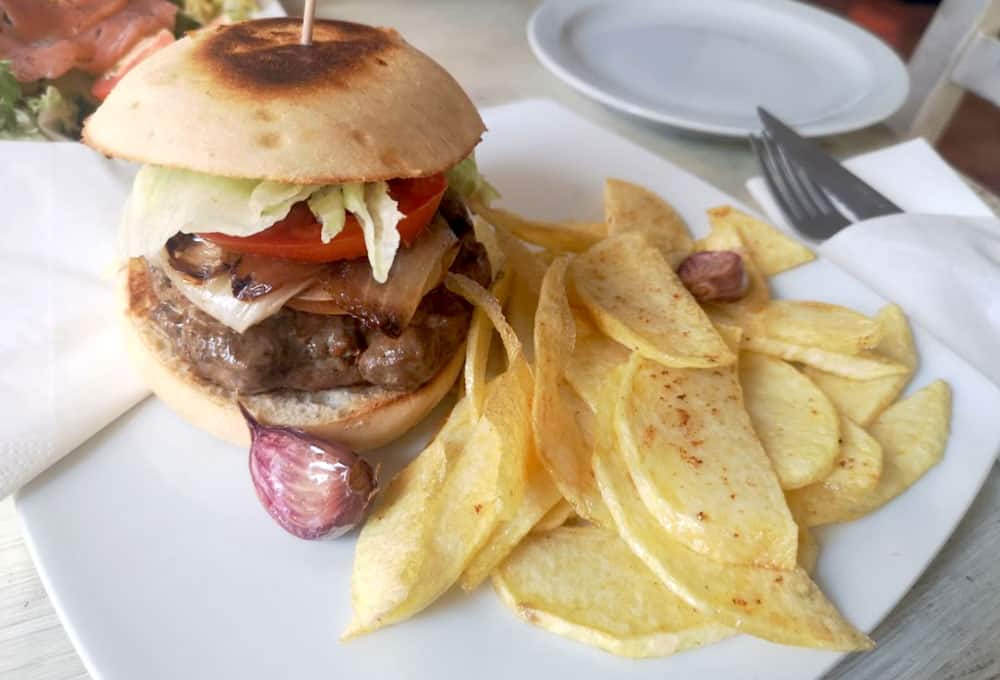 With the years, Hamburger Lina It has become a classic, not only in Santa Eulalia, but also in the rest of the island. Their burgers are made of veal or beef and in their preparation there is never a lack of love and experience. 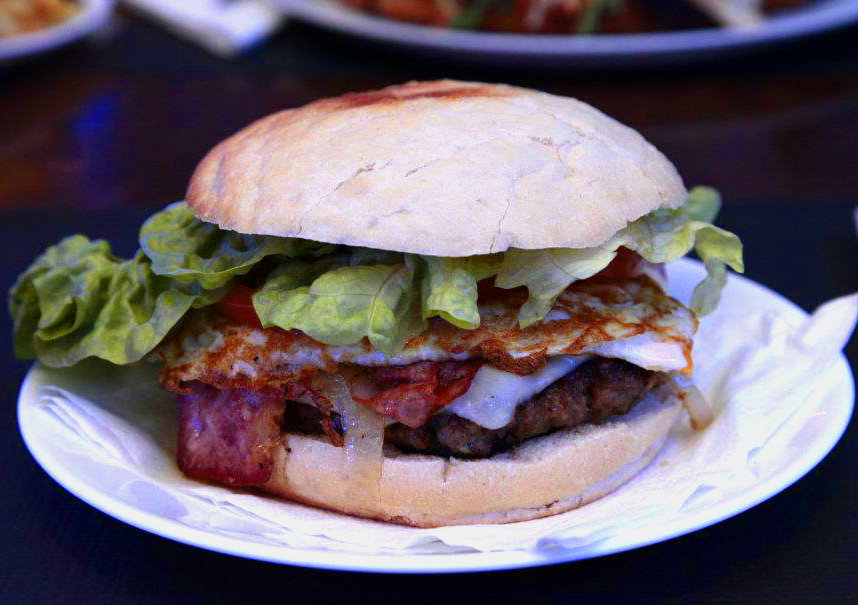 The line that all the dishes that come out of the kitchen of Rickyssimo, in es Vivé, it also applies to hamburgers: homemade from start to finish. 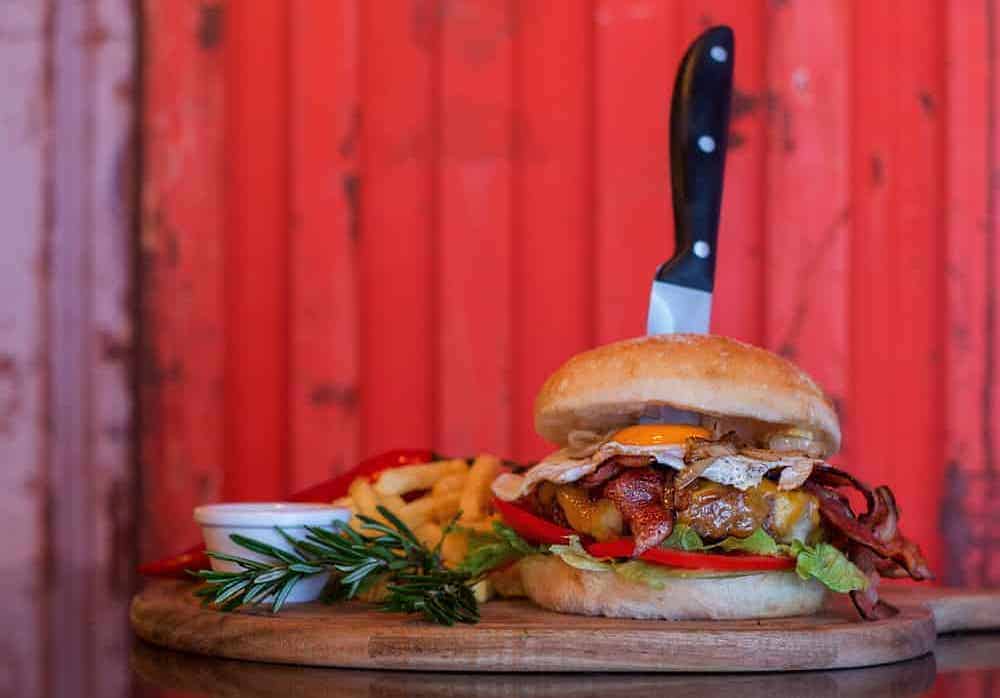 If you are a fan of the American style, you will love it! Friends Kitchen Ibiza, In the area of ​​Playa d'en Bossa, it is a dinner of the classics with bowling included. There is no shortage of authentic American burgers and many other recipes from the country. 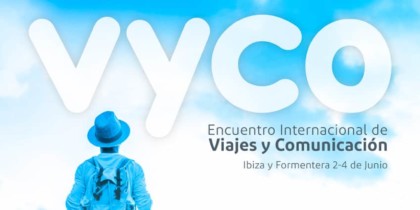 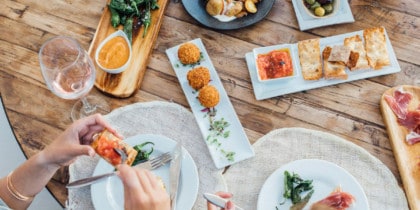 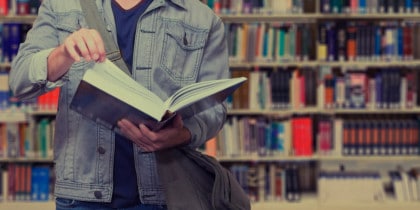 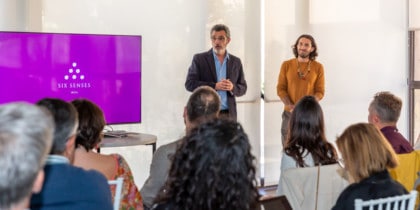 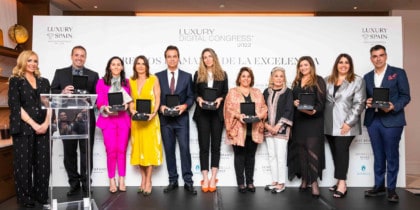 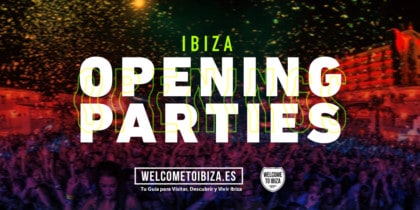