Adlib, the ibicenca fashion that triumphs around the world

Who does not know today the famous Adlib fashion from Ibiza? We are sure that even the least experts in style they would recognize a garment of this style by leagues. Come on, if we start to think, surely we even have some Adlib model of the most rescued in the back of the closet, yes?

That has been one of the greatest triumphs of this fashion, being known not only in Ibiza, but much further. its simplicity and, in turn, the elegance that this style emerges reach all kinds of public which values, above all, the comfort such vaporous garments that all feel good.

El white is the hallmark of Adlib fashion, in addition to its exclusive manufacturing process. Garments, cotton, natural and fresh fabrics designed to stifle the summer heat, lace, embroidery, ruffles... Very strong guidelines. Pepa Bonett, Charo Ruíz, Tony Bonet, Ibi Moda, or Piluca Bayarri are some of the most recognized ambassadors of the Ibizan Adlib. Designers who have gone beyond the possibilities that, a priori, seemed to offer this type of garments turning them into an essential not only of the summer but in a fashion of the most sophisticated that has even managed to break through in the market of wedding dresses or communion for children.

Currently, white has given way to a whole range of colors and prints that have nothing to envy and the fabrics have also adapted to the new times.

Have you ever put on an Adlib dress to go to the beach? And you, what do you say about those linen shirts that save you from more than one hurry in summer? If even a famous television reporter presented the New Year bells with an Adlib dress! Everything is possible for this chameleonic trend that adapts to any type of occasion.

The hippie movement and Princess Smilja

Adlib fashion is inspired in the typical costumes of Ibiza and Formentera and his maxim was that of "Dress as you like, but with pleasure" a motto emerged from the hippie movement that reigned on the island back in the 70 years.

And who was the the architect of success of this trend? Well, according to the most knowledgeable, it started right away in 1971 when captivating an acquaintance Yugoslav public relations in love with Ibiza: Smilja Mihailovitch. Princess Smilja, as she was called, was quickly fascinated by an almost virginal island and a fashion of the most original that managed to turn into an important tourist claim that still stands today.

This sector huge revolution for Ibiza since he did that many ibicencas leave their jobs in the houses and in the countryside to occupy their first jobs as embroiderers or seamstresses. Until 3.000 people moved to live in this industry that so many joys reported to an island marked by austerity.

The past 2016 the Adlib footbridge fulfilled 45 years on the stages since in 1971 will hold the first parade through the picturesque alleys of the port of Ibiza and for this 2017 many surprises await us.

Several factors contributed to the expansion of this industry. The photographic report that the actress Ursula Andress starred in Vogue magazine adorned with Adlib garments was an unparalleled trampoline advertising. This sector was thus beginning to win presence on the most famous catwalks in the world, like that of Paris, and The English Court became one of the biggest sellers Adlib. Smilja then saw the need to create an Ibiza Fashion Trust which combines criteria, coordinate the production, sale and organization of events in this sector.

A late 80, Adlib fashion suffered a small slope due to the loss of quality in the materials used and the limited contribution of new ideas. In 1994, the death of the princess was a blow to the industry, however, the Island Council of Ibiza decided to intervene to avoid the loss of the achievements that had been obtained with so much effort over the years.

The parade annual has become one of the most anticipated summer dates en Ibiza. A large number of media, celebrities and representatives of the business world that bet to boost this trend that, after going through ups and downs of all kinds, has consolidated both inside and outside the island and every season adds fans thanks to its exclusive character and the charm of its designs and fabrics.

An industry that has avoided stagnation through the support of the Consell de la Moda, the evolution of the designs and the constant contributions of young designers who bet on this style presenting their best projects on the catwalk.

Formentera passes Phase 3 on Monday, Ibiza will have to wait 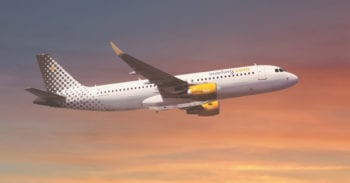 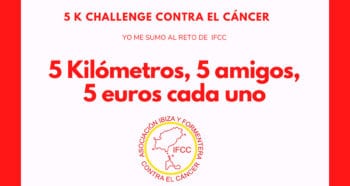 Formentera passes Phase 3 on Monday, Ibiza will have to wait