Has it rained in Ibiza? It's time to visit these sites!

There are corners in Ibiza that after intense rains look even more beautiful than usual. Point out which ones you should visit without fail!

Surely you know perfectly What to do in Ibiza when it rains, but perhaps you do not know that there are sites that win after an intense downpour. You will have read a thousand articles on those rainy days on the island that, although they do not often occur often, are presented from time to time making your holidays or days off in times of uncertainty.

There are corners on the island that increase in value after a big storm and it is those places that we want to discover for you.

Most are natural places whose colors and even aromas are enhanced by the rain. Green fields, reddish land, clear skies, waterfalls... An impressive Ibiza that is worth discovering after a good downpour.

Get comfortable shoes (especially non-slip) and don't forget your camera for anything in the world because you will have the opportunity to take pictures worthy of framing. 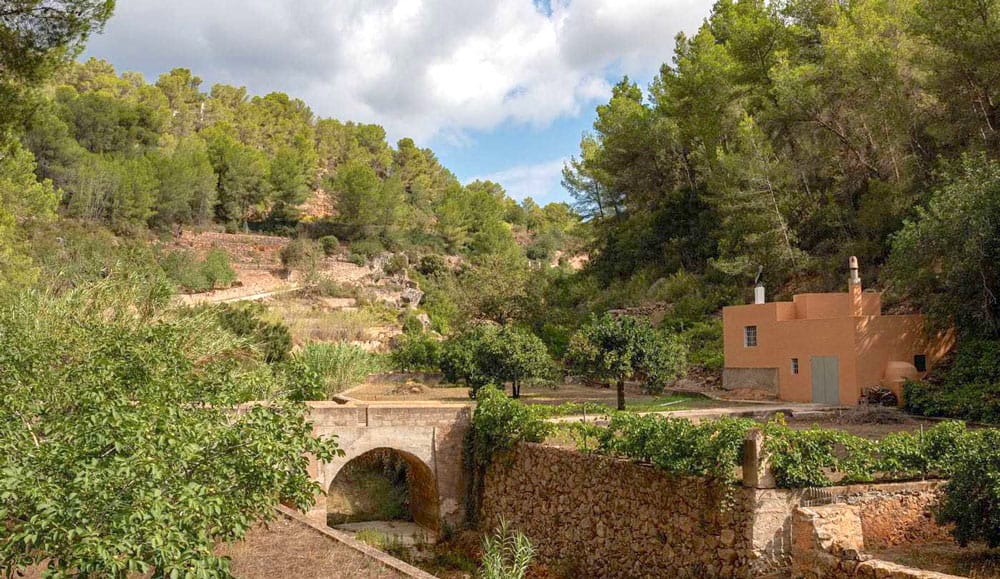 It is undoubtedly one of the most beautiful landscapes on the island. Going on excursions to this area still unknown to many is a great plan.

Es Broll is a wide valley full of canals, pools and ditches that were built during the time of Arab domination.

What makes it special after a few intense days of rain is that this water helps to form small waterfalls in the different stone walls that you will find in the area and that the water flows vigorously in the Es Broll fountain. The red earth, the shine of the water, the white of the typical country houses and the green of the countryside They create spectacular images that you will hardly forget.

This is another of those places rarely frequented by tourists and that you should visit after a good storm as the intensity of its colors increases. A plain that exudes strength and liveliness thanks to the contrast of the red of its lands and the green of the vegetation. Almond trees, carob trees, olive trees, wide cultivated fields... And, of course, the vines from which some of the most famous Ibizan wines are extracted.

SA CALETA, IN SAN JOSÉ, OR CALA XARRACA IN PORTINATX 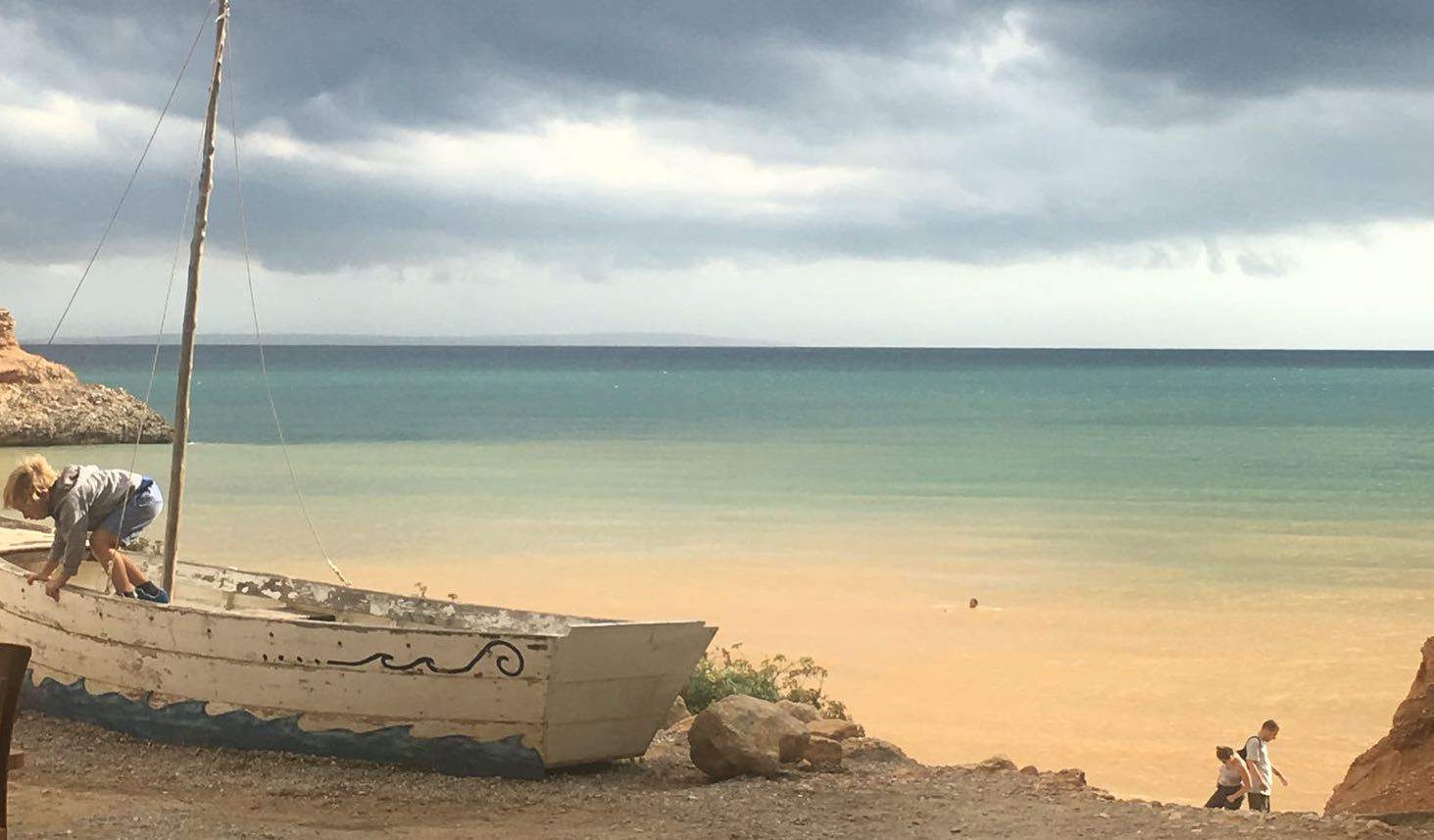 Especially if one of those storms that make history has fallen, there are beaches that become the most curious places. The water drags the land of its reddish cliffs and mountains to the sea. In this way, a spectacular image is formed that combines the blue of the sea with the different forms that rainwater adopts together with the land that flows into the sea. A strange image that will surely catch your attention.

The viewpoint that you will find on the same road to Portinatx is perfect for contemplating this effect, as well as the one in the upper part of Es Bol Nou or sa Caleta. 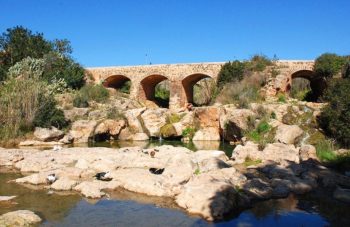 The only river that exists in the Balearic Islands does not stand out for having an immense flow, for this reason, visiting it after a good storm increases its value. The water flows into the sea with a little more force and its surroundings, green and fertile, come alive.

You can take the opportunity to walk along the beautiful promenade that was built on both sides of the river until its mouth, on the beach of Santa Eulalia.

Any beach becomes a paradisiacal place after a downpour. Like its temperature, the color of the sea changes, as well as that of the sand. This, together with the fact that there are many who do not think of visiting them after the rain, makes them give away beautiful prints for your photographs. 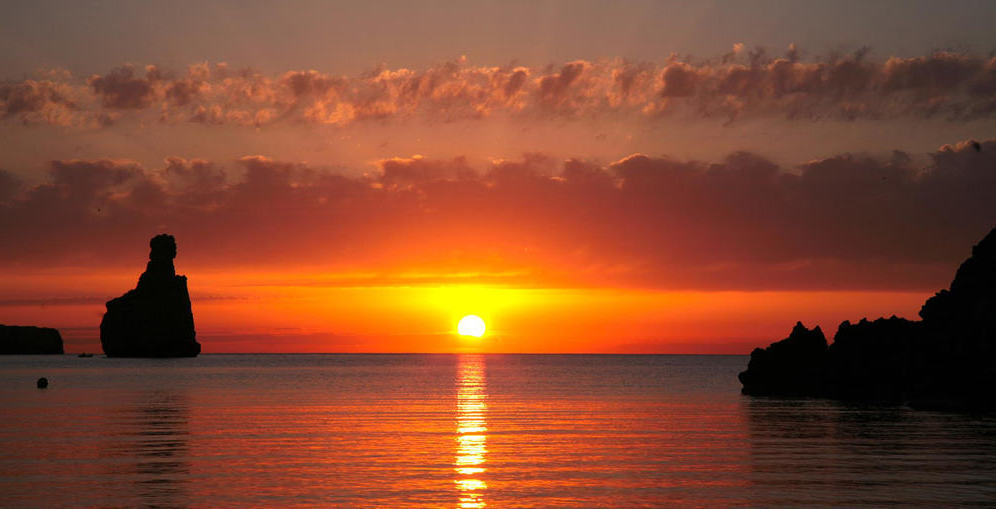 The same thing happens with sunsets. You may think that with some clouds covering the sky you probably won't be able to see it, nothing could be further from the truth. Some cloudy days offer the best sunsets on the island (of course, the sky should not be completely covered). What's more, after a long day of rain, the sky is usually clear, the sunsets They tend to be lighter and, in general, they take on the most surprising shades, so don't hesitate to go see one, even if you've already seen it on sunny days.

As you can see, a few days of rain in Ibiza They also have their positive side. In addition to mitigating the water deficit that we suffer, they leave incredible images that are very different from those that summer has us used to.