Ibiza is not just discos. Winter partying is also possible and sometimes more fun than any summer night!

Although the summer is over, the parties and clubs for which we are known around the world seem to disappear overnight, if you think that To party in Ibiza in winter it's boring, you are so wrong.  Forget leaving you budget of the night in two glasses, do endless queues at the door of the nightclubs and dance cornered and surrounded by electronic or techno fans.

It's time for those local in which have a nice cocktail or meet people from the island. Choose area, attire and company and enjoy the most intimate nights of the island.

Here at the Plaza of the park of Ibiza it is impossible not to run into someone you know. Hundreds of residents mingle in summer with tourists filling the terraces of the dozens of bars and restaurants They are concentrated in the beautiful square. In winter, the Ibicencos take over and start the night here. While it is true that they are not places where people go dancing, it is the ideal place to carry out the pre-party and take a good cocktail Or a glass in the company of Faces that, at least, will be familiar.

Nearby is also one of the hot spots this winter: the restaurant Rockrose, The Standard Ibiza, located in the Paseo de Vara de Rey. Jara is the perfect place to dine and have the most incredible cocktails, and some events such as its fun bingo, an appointment that brightens the epicenter of the week and that nobody wants to miss, or its full brunch with which you can spend an unforgettable Sunday. They also organize various lively parties. 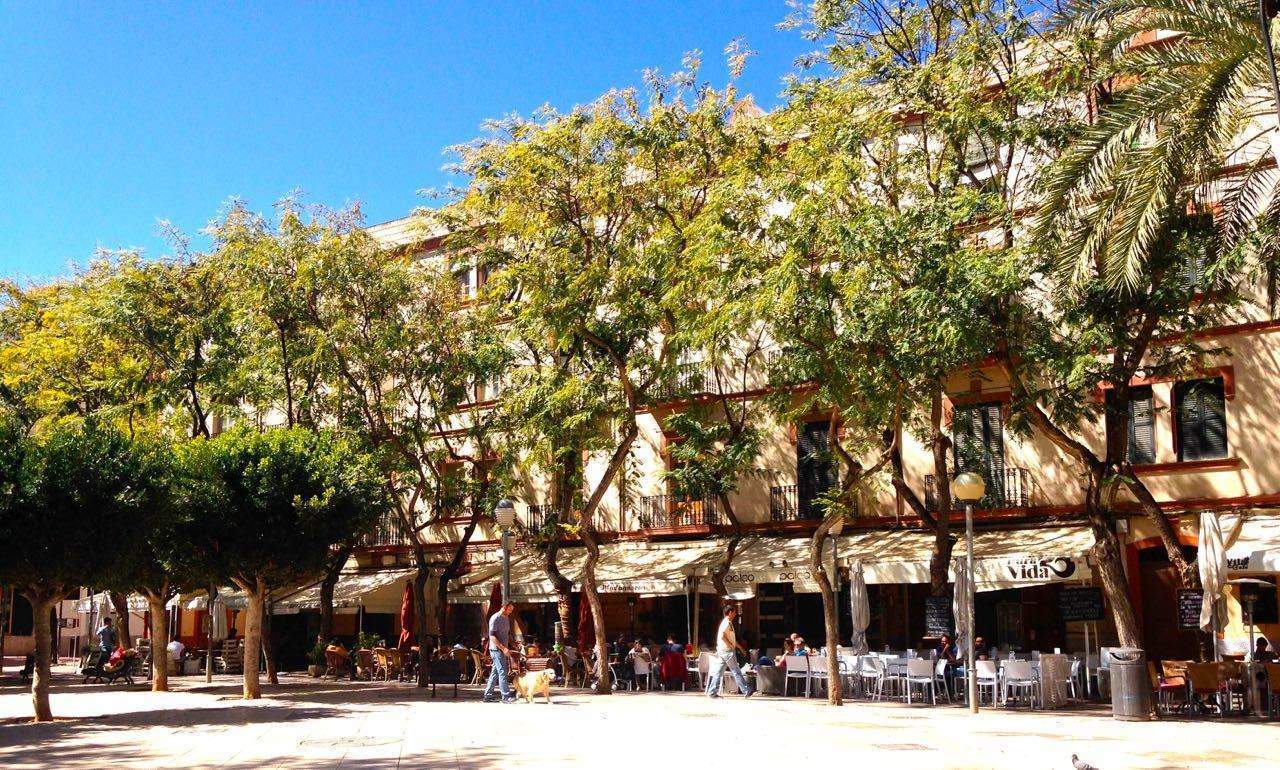 In the low of these streets are concentrated several Very different musical styles Between them, as well as People of all kinds. There are at least four different locations where Spanish, Latin music and even alternative mark the hours of the night. In them you can take some drinks at "prices popular ”.

El environment it's something more Juvenile than the rest of the zones, although there is also an interesting mix of ages.

Malanga Café is the temple of funk, hip-hop, soul, reggae and black music usually. One of our favorites for its musical quality and its people, always in good spirits.

You may have heard of the mythical Pereyra Theater, one of the most popular and beloved places in Ibiza. It was a few meters from the park square and, unfortunately for many, disappeared after more than 30 years filling the island with live music. Today, its activity continues in Ibiza Theater, Located on the ground floor of the Hotel El Puerto. Live music, DJs, monologues and a very good atmosphere. 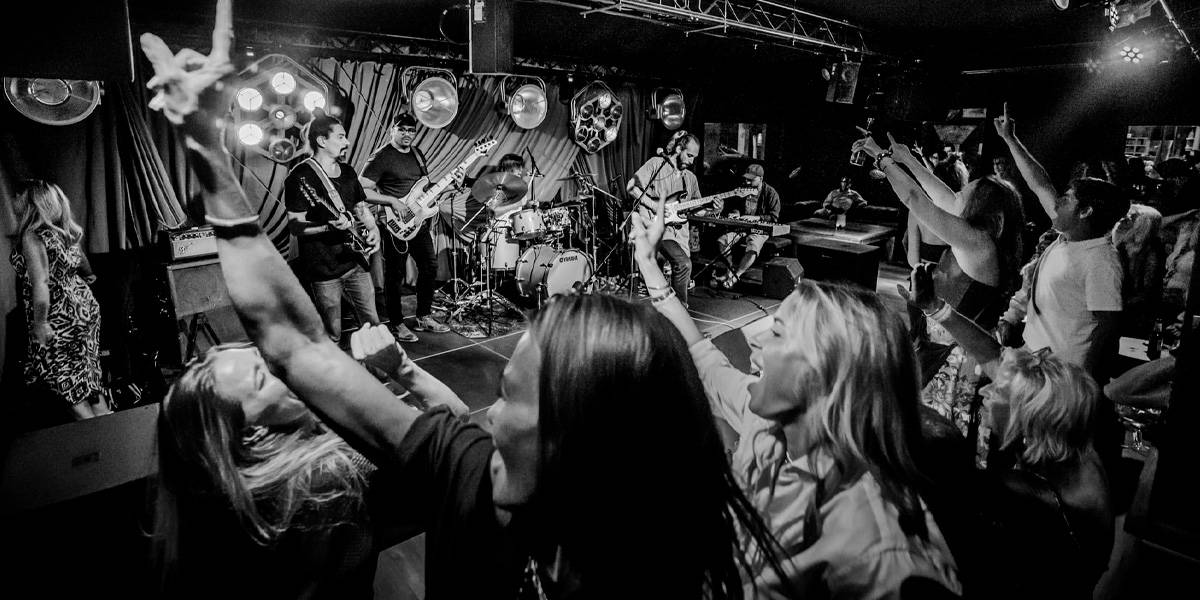 En The Salt and in Bad Fame You will enjoy the latest pop, rock and reggaeton hits.

Towards the port you will also find other bars much loved by residents such as Can Pou Bar, the oldest in Ibiza, or Scary, one of the classic places to enjoy a rock night with an always lively atmosphere.

Nearby, in the area of La Marina, the famous club is also open on weekends Lola's Ibiza, which opens from midnight to 24:5 am.

The Ibiza Printing is a restaurant located in a beautiful neoclassical palace where the Diario de Ibiza printing house has been located many years ago where you can enjoy delicious dinners and long drinks, a great wine list, cocktails, cavas, champagnes ... A very special atmosphere in a place with a very careful vintage decoration that also only open in winter, A place designed expressly for residents!

Botafoch has very different options for go out partying in Ibiza both for its music and for its atmosphere. One of the main meeting points is ROTO, located on an impressive platform over the sea, with incredible views of Dalt Vila and the port and which combines a restaurant and leisure space, with different events and parties every day and a lively atmosphere. It is one of the favorite places for both residents and visitors throughout the year. 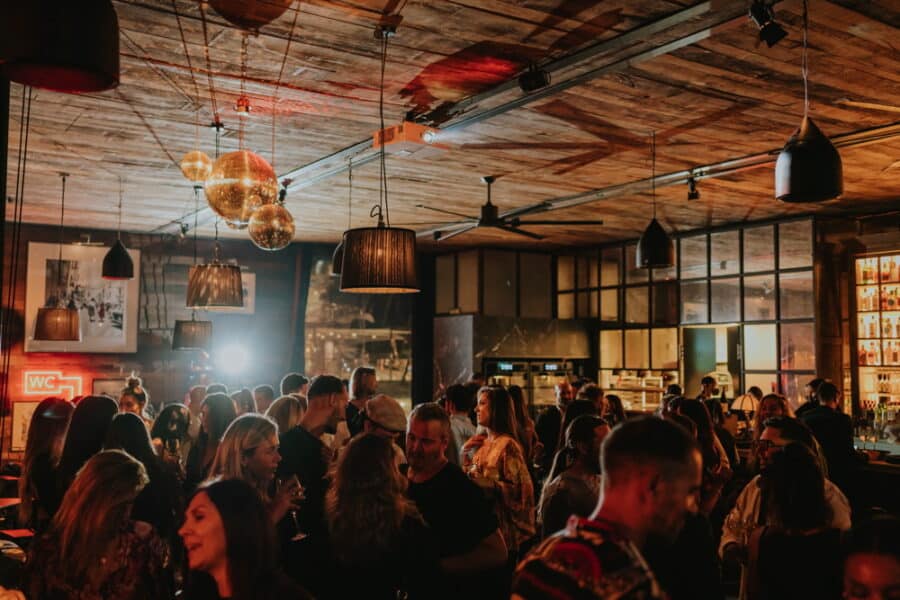 In addition, also in Marina Botafoch you will find the Italian restaurant It Ibiza, a place always lively and full of fun proposals that opens in winter with live DJ sessions and also has parties until late with great artists in its famous and crowded It Lounge.

You also have sophisticated and exclusive clubs like Lío Ibiza, in the Marina Ibiza port, which remains open this winter with parties every Friday and Saturday until the end of the year 23 to 5 hours. It is also in the area Look Ibiza, a place that on Thursday nights has a busy Ladies Night: Look at the girls.

And more or less in the middle of the Paseo Marítimo you will run into Keeper A place with years of experience in which the music varies depending on the day. Salsa, bachata, reggaeton ... from Thursday to Sunday from 23 to 6: 30 hours.

Relatively close to Marina Botafoch, especially if you go by car, just below the Ibiza Multicines has opened this winter season Clay, a new restaurant and meeting place that offers Skewers, tapas and plates to share of street and cosmopolitan inspiration, and with an area of high cocktails, drinks and music from DJs where to extend the evenings until late at night. Besides, They organize a multitude of events and very fun parties, with games, music from the most popular DJs on the island, Ladies Night... As if all this were not enough, every afternoon from 1From 8 am to 20 pm they invite you to a pintxo with each drink what do you drink

Close to Marina Botafoch too, but in the Es Gorg polygon, you will find a very interesting restaurant and club: new ibiza. With a very striking and innovative industrial decoration, it hosts various parties on winter weekends.

baloo ibiza is being one of the local revolution nights this winter on the island, with a lot of fun proposals that make it impossible to stay at home from Thursday to Sunday. Monologues, some of the More powerful djs of the local panorama or its exceptional hooligan gastronomy are some of its attractive proposals.

In the area of ​​Playa d'en Bossa you will also find the discotheque open on weekends Swag and the club octan.

The mythical Las Dalias Market has opened a spectacular club that has become one of the favorites of Ibiza: Akasha, with the essence of Dalias, to delight their fans weekends from Friday to Sunday, attracting a very diverse and varied audience. People from the north and from all over the island converge in one of the coolest places in Ibiza. Party place par excellence in the Santa Eulalia area. open late Friday and Saturday from 22 p.m. and Sundays from 18 p.m.. 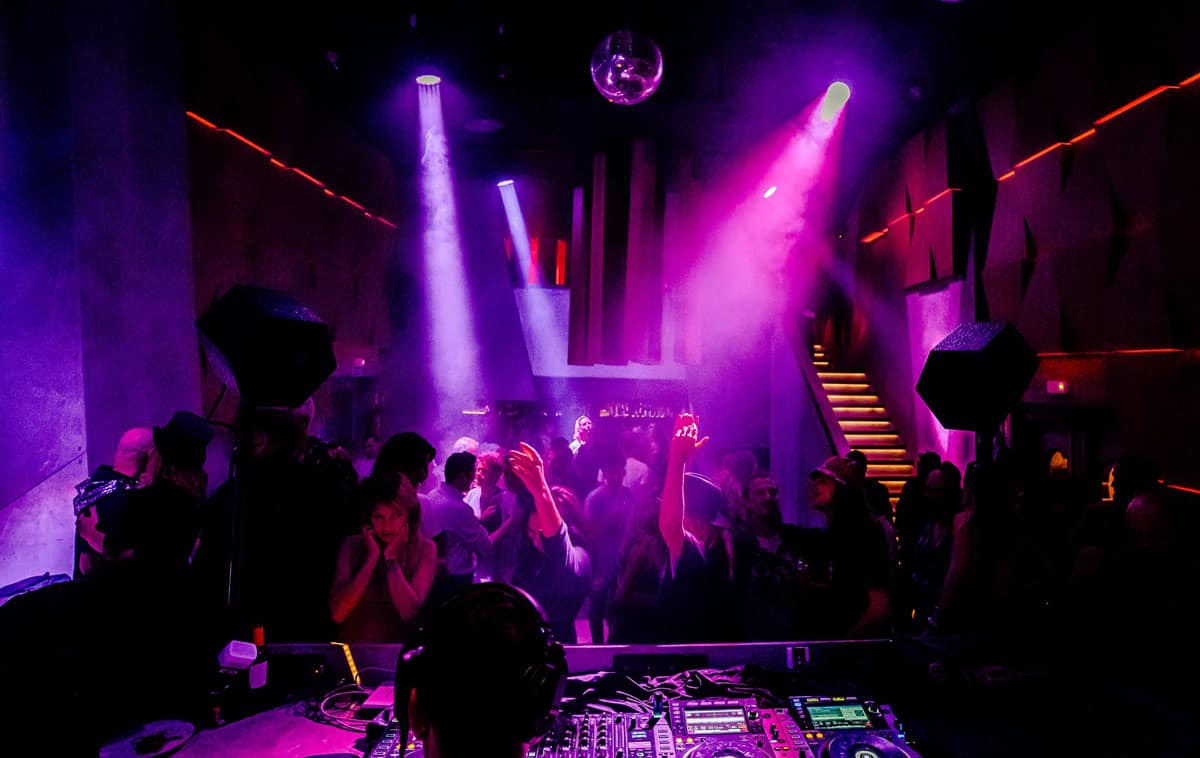 If there is an emblematic place in San Antonio (and on the entire island) it is Hostal La Torre. Located in front of the sea in Cap Negret, this restaurant and accommodation is one of the most famous in Ibiza for its unbeatable sunsets, always accompanied by music from great DJs, its careful cuisine and the various events they organize.

In San Antonio, in the same urban center, there is also one of the most famous nightclubs on the island: Eden Ibiza, a club with an outstanding sound system that organizes various parties, usually on Saturdays, during the winter season. They are parties designed for residents, with great DJs but at a very affordable price. A true luxury. 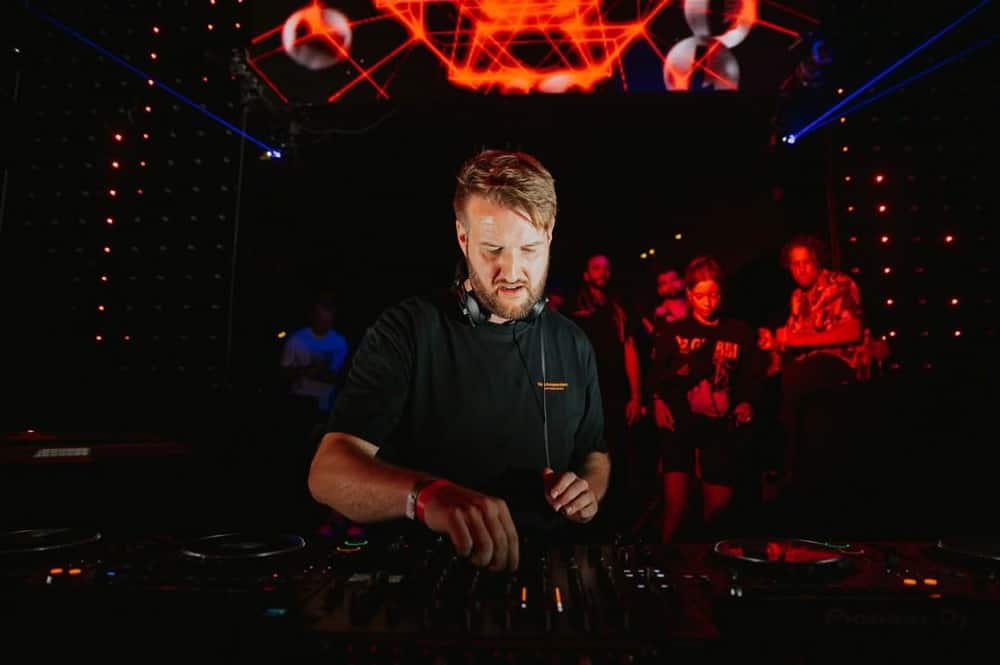 There are several pubs in the center of San Antonio, one of the most atmospheric areas of the island, which are resident oriented y they don't close in winter. In them you will find Spanish, latin, pop, rock music... the options are multiple. The cups will not make a hole in your pocket and the proximity of a bar to another will make you not lose even an instant of the night.

Reggaeton is the boss, for example, in the casanova pub while, yesIf your musical tastes are rock, pop or indie, Columbus Bar It is your site.

The town of Rio is not alien to the party. If you have planned to let your hair down this weekend you can start Taking something from you in the restaurant Estel, located in full Promenade. If yours is beer, stop by Brewery Quintana, on Calle San Vicente, and if you prefer a drink, a delicious cocktail and some music the buddha cocktail bar, on Calle San Lorenzo, is what you are looking for.

In one of the villages of the municipality, Santa Gertrudis, open during the winter the restaurant Farm The Square, which organizes various very entertaining gastronomic evenings, usually accompanied by music from DJs or live performances. An exceptional culinary offer combined with a fun and cosmopolitan atmosphere, very much from the island. 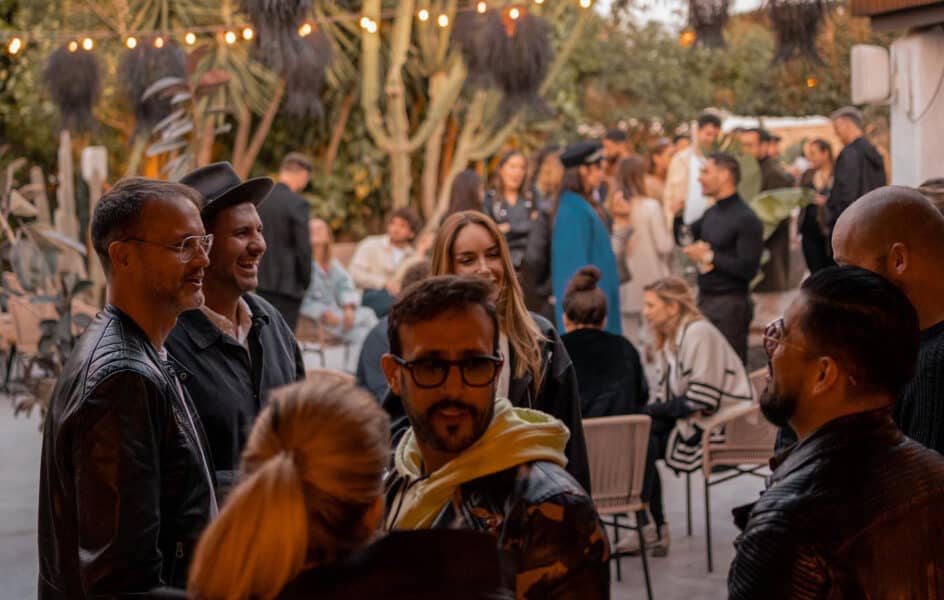 In the north of Ibiza, on the San Juan road a little before reaching San Lorenzo, you also have a place that has become a classic among residents, the restaurant Lydia's North. A hamburger restaurant that includes the best essences of North American dinners, with a striking neon decoration and that organizes live music sessions and karaoke with a spectacular setting.

You no longer have an excuse to stay at home on a Saturday! To party in Ibiza in winter it's pure fun.