In Forn Can Coves artisan oven from Ibiza they prepare the best recipes of yesteryear, using 100% traditional methods and quality ingredients.

With regard to their breads, It should be noted that they have a wide variety. Among them you will find the classic country bread, white, semi and whole wheat, bread with walnuts and rye, rustic, crostes ... In its commitment to tradition, Can Coves grows its own native 'xeixa' wheat. With it they make a pan the most special that you can buy on Tuesdays and Fridays. They are also working on the recovery of another Ibizan wheat: the mollar roig, with which they will start working shortly.

Can Coves is also committed to long-fermented bakery. Currently, they sell loaves and wholemeal bread of this category and, over time, they intend that all their genre is long-fermented. The advantages of this preparation are multiple: it increases the shelf life, improves its flavor and texture and, above all, it is more easily digested.

Each filtering bag sweets they are the protagonists of its pastry section. His unmistakable flaó, the Ibizan magdalena, the orelletes, ensaimadas or greixoneras they are already known throughout Ibiza. Last but not least, you will find a large assortment of salty pastry among which stand out their Pimento and gató cocas, empanadas, artisan salt biscuits with olive oil, white or wholemeal seafood biscuits or the popular cucarrois.

The Forn Can Coves artisan oven caters to small and large companies with its delicious products. You will find them in a good number of shops and supermarkets on the island. Also, if you plan celebrate an event, You can place an order and they will fill your tables with irresistible proposals.

Forn Can Coves also has a space where it teaches workshops dedicated to the world of gastronomy: It's Graner. This nice and cozy local turns during high season into an entertaining summer school for the little ones and, in winter, it welcomes different cooking courses for adults. Stay tuned to their social networks to find out which ones they are going to carry out. You can learn to make bread, prepare Christmas dishes, Indian food, vegetarian recipes ... They have a very varied program!

And, if you prefer that they cook for you, do not lose sight of their cafeteria, which will open its doors in December in the Isidoro Macabich street in Ibiza. In it you can have breakfast, eat or snack any of its great products.

Since 1975, Forn Can Coves makes a sincere commitment to craftsmanship, the Ibizan tradition and the purest product of the land.

Do not hesitate to try their squid empanada, sobrasada and mushrooms. The color of the squid ink gives its dough a striking black color. You will only find it in Forn Can Coves as it is its own recipe.

Take the road from Ibiza to San Antonio and, after the Hipercentro supermarket, you will see a roundabout with the BP gas station. Take it towards the Polígono de Montecristo and turn left onto the first street that you can. Right at the end of that same road is Es Graner.

Work at Can Coves

If you are passionate about the world of pastry and gastronomy in general, you can be part of the young team of Forn Can Coves by sending your CV to forncancoves@gmail.com 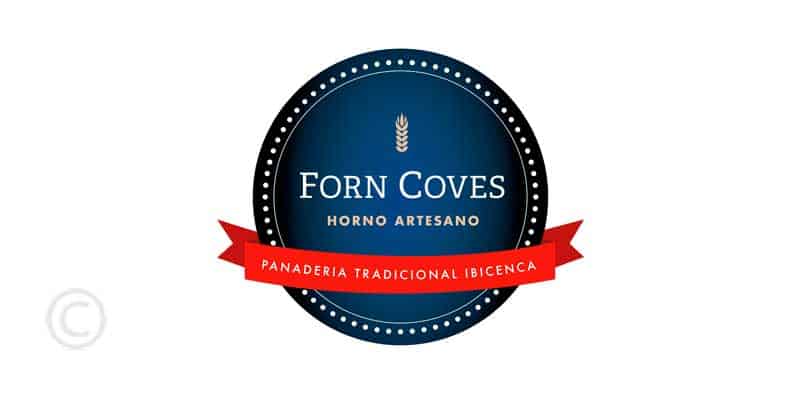