In the Marina Botafoch area you will find some of the most select buildings, discos, restaurants and hotels on the whole island of Ibiza

In the heart of Ibiza, Marina Botafoch is one of the most exclusive areas of the island. With a aesthetics taken care of to the maximum, his long walk counts from beginning to end with beautiful views to the walled city of Dalt Vila. There are some of the most luxurious party venues, restaurants and hotels on the island.

You will soon realize that the The architecture of the area is quite peculiar. In fact, one of the most extravagant buildings in Marina Botafoch was designed by the renowned French architect and designer Jean Nouvel and, what's more, there are many celebrities who have chosen this point of the island to to acquire your holiday residence, as the former players of the Barcelona Soccer Club Carles Puyol or David Villa, among others.

Although we can find restaurants and cafes of all kinds, including those known to residents for the years they have been there, for some time the businesses for a more select audience. Thus, along Marina Botafoch are located some of the most luxurious premises of Ibiza. Having a drink on one of its terraces has become an essential in Ibiza, sometimes, just to take one of the best photos you can get of the Dalt Vila silhouette. If you go in the middle of the afternoon you will witness the spectacle of colors that the sunset leaves on the sky of Dalt Vila, a unique gift.

In Marina Botafoch you can from have breakfast with an amazing panoramic view of the port of Ibiza in front of you, eat, have a drink in the middle of the afternoon, have dinner and even party for some of the pubs and discos that are happening in this area. He environment usually always very nice and, depending on what locals, something more select than in other areas of the island. Pacha, the restaurant Cabaret Lío, the Blue Marlin Ibiza Marina, Ibiza Gran Hotel or the Ocean Drive hotel are just some of the most sophisticated nightclubs, hotels or restaurants in Ibiza that are based here. The offer in Marina Botafoch is infinite, both at lunchtime and in the evening, and is targeted to residents and tourists, without any distinction.

Also, through its streets you can find several of the shops of clothes and accessories better known nationally and internationally. A number of them, usually well-known firms, accept the novel concept 'pop up store', that is, they only open during the season.

In addition to this, it is best that is located a few kilometers from the center of Ibiza, So if you want to get closer to the city you can do it on foot without any problem. What's more, if you wish, the famous Talamanca boat departs from one of its docks, a small boat that has been linking the center of the port of Ibiza with this area for years. Getting on it is one of the most Ibizan things you can do in Ibiza.
This proximity to the center has led to many who come to Marina Botafoch to practice exercise. Different types of machines have been installed in the parks and, if what you like is run or skate, the length of the walk is optimal to carry out these activities. Get to the end and meet the beautiful lighthouse It is a gift that you will appreciate for sure.

And if it was not enough, a few minutes away is the beach Talamanca, where you can enjoy the sunny days either taking a bath or eating on one of its terraces since it is also a area full of bars and restaurants on the beach in which good eating is guaranteed. 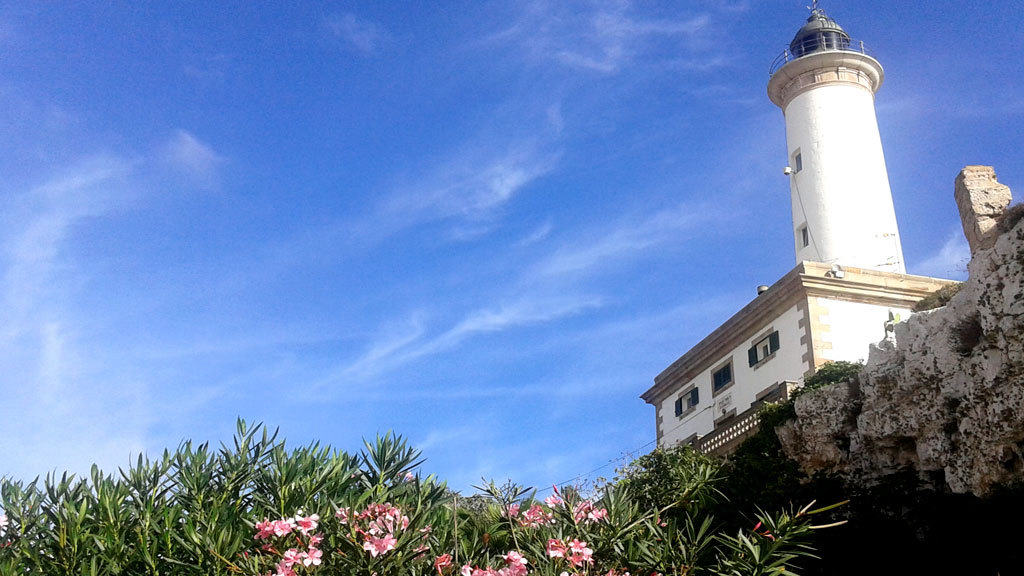 In the Marina Botafoch area you will find some of the most select buildings, discos, restaurants and hotels on the whole island of Ibiza