The Punic Necropolis of Puig des Molins, in Ibiza, was declared a World Heritage Site by UNESCO in 1999. It was erected as a city cemetery

Declared well Heritage by UNESCO in the year 1999, the Necrópolis Púnica de Puig des Molins was cemetery of Ibiza from the foundation of the city by the Phoenicians Western at the end of the 7th century BC

The compound is known to be the Largest and best preserved necropolis of this culture of the entire Mediterranean. In it they found more than 3.000 tombs Punic and access wells, called hypogeous. During the visit to the museum you can get into some of these hypogea since they are equipped with access stairs and even lighting.

Just next to the Punic necropolis of Puig des Molins is the extension of the Dalt Vila Archaeological Museum. In it you can contemplate different Punic and Phoenician remains, models and even Pantheon of the gods Baal Hamon and Eshmum, in addition to Tanit, the Carthaginian goddess of Ibiza.

The museum itself presents its route to visitors as "A trip to death in old Ibiza", a way of knowing the customs and traditions of the island at that time.

The headquarters of the Punic Necropolis of Puig des Molins currently host different activities for children and adults in order to awaken the curiosity of tourists and residents for the different cultures that inhabited the island and, in general, to publicize part of our history.

It is located in one of the most well-known streets of Ibiza, the Vía Romana, before reaching the Colegio Nuestra Señora de la Consolación. If you are on Avenida de España, continue towards Vara de Rey. Once you get to the Vodafone store, which is on the corner, go up that street and go straight until you come to the necropolis. 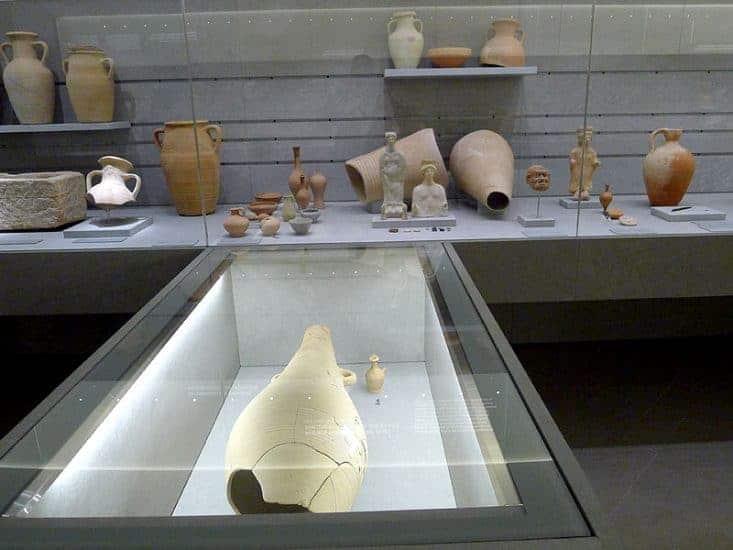 The Punic Necropolis of Puig des Molins, in Ibiza, was declared a World Heritage Site by UNESCO in 1999. It was erected as a city cemetery