The interpretation center Madina Yabisa, in Dalt Vila, is an interactive space where you can learn about the history of the island of Ibiza

Madina Yabisa is a modern audio-visual interpretation center that allows to know the History of the city of Ibiza at the time of Muslim domination through interactive systems.

Madina Yabisa was the name by which Ibiza was known during that era.

The center was inaugurated in 2007 thanks to a project of the University of Barcelona and the Heritage Services of the Ibiza Town Hall. It is located within Dalt Vila, specifically in the old house of La Curia, which dates from the XIV-XV centuries. In Medieval times, La Curia was the seat of the judicial administration in Ibiza. A building of two heights that today welcomes the museum in its lower plant and a Tourist Office in the superior one.

Inside, in addition to audiovisual material, you will be able to contemplate several models, gadgets of the time And different archaeological remains.

General admission costs 2 euros and you will see it right in front of the Cathedral of Santa María de las Nieves. Also, if you are resident, under 12 or over 65 you may come in free. The students and groups they have a reduced price entrance, 1'50 euros.

The truth is that it is a fantastic way to start your tour of the walled city since you will leave the center knowing each and every detail of this impressive construction. What's more, outside the museum you can expect spectacular views of the port of Ibiza and its surroundings so do not forget your camera!

You will have to enter the area of ​​Dalt Vila and go up to the Cathedral of Santa María de las Nieves. Once inside the enclosure you will find the necessary directions to get to Madina Yabisa. 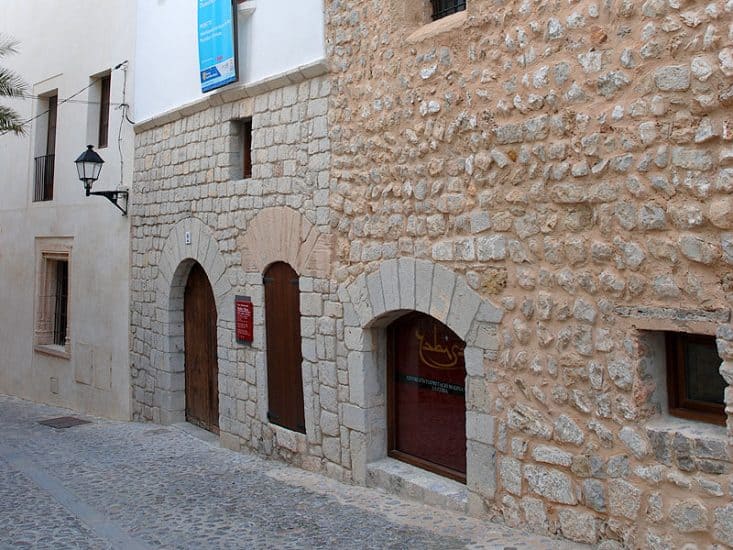 The interpretation center Madina Yabisa, in Dalt Vila, is an interactive space where you can learn about the history of the island of Ibiza