The walled city of Dalt Vila is one of the most relevant architectural elements on the island. Its good state of conservation contributed to

It is very probable that, although you have never been to Ibiza, you have a clear image in your head of what is the exterior of its old town, better known in ibicenco like 'Dalt Vila' (high city). This is because is one of the images most associated with the island and, therefore, you have seen on more than one occasion the imposing walled city in brochures, magazines and all kinds of media.

Well, let's tell you a little more about this architectural jewel that presides over the city and, if you are going to visit it thoroughly, from welcometoibiza.com we advise that you devote a few hours of your time.

Ibiza it quickly became a strategic point for navigation routes between East and West, which led to the need to protect it. After the passage of several civilizations that embarked and disembarked on the island, it was finally the Muslims those who they ordered of the construction of the triple enclosure of the walls.

With the advent of Western culture by the hand of Jaume I, in 1235, Philip II ordered to be replaced by the current Renaissance fortress.

The Renaissance wall is bounded by seven bastions which, in the past, were used for different defense and surveillance and that, to this day, host all kinds of events and businesses that delight tourists as they walk through its narrow and beautiful streets. Stand in some of its romantic restaurants to enjoy a good lunch or dinner, as in Can d'en Parra, or stay in the historic center in the hotel La Ventana or apartments Navila. The sensation of awakening in such a place is unique.

On the one hand we have the Sant Pere, also called bulwark of Es Portal Nou. It is one of the accesses to the enclosure. At the soldiers were placed to deal with the invaders. Its beauty is admirable and at the moment it has become a splendid park with a stage where some of the most important events are celebrated de la ciudad.

But without a doubt, the most spectacular is the Portal de ses Taules. Another of the photos that will have to complete your album. Overlooking the picturesque neighborhood of the Marina, behind this portal you will find the courtyard of arms and an endless number of restaurants and shops where to make a stop before continuing with the road, which at times becomes more tortuous by the pavement of the ground and its slope. Hopefully you've left your heels at home.

If you keep going up, you will find the old powder keg, dating from the eighteenth century, in the bastion of Santa Llúcia, where you can see the cannons which both draw the attention of visitors. From here you will reach the Sant Jordi, where there are still remains of the old Muslim wall.

It pays to stop on the way in the next stronghold: Sant Bernat. Take out your camera and photograph the incredible views which offers you the neighboring island, Formentera, and Ses Salines. It is at this point that the soldiers prepared the artillery to face the attacks that came from the sea.

In the bastion of Santa Tecla, to the east of the Cathedral, the wall becomes much more natural since it becomes a cliff that acts as a defense wall. Here you can also contemplate a fascinating panoramic view of the whole harbor de la ciudad.

And, the last one of all is the Sant Joan, which was adapted for the entrance of vehicles to Dalt Vila.

Presiding over the venue, in the highest part, the Cathedral of Santa María de las Nieves, built on the ancient mosque of Yebisah in the thirteenth century. A mix of styles fruit of the continuous reforms that suffered during the years. A big number of Gothic elements were replaced by other Baroque.

The walled enclosure of Dalt Vila is one of the best preserved in the world, was declared World Heritage Site on 1999 by UNESCO.

During your tour of the walled city you will find several museums which you can visit, el City council of the city and many more surprises worth discovering yourself.

-If you are going up to Dalt Vila do not choose the strongest hours of sun and, if you have no choice but to do so, arm yourself with a few boats of sunscreen.
-We also do not advise you to go up to the top if it rains or the ground is wet. Its steep alleys are quite slippery.
-According to the route that you intend to do, it will take you more or less time, but one hour does not get you free, Keep that in mind!
-Do you get a Comfortable shoes and take at least one water bottle in the bag.
-Read the leyends that happen by the enclosure, they will help you to understand to perfection History from the walled city of Dalt Vila and treat it with the respect it deserves. 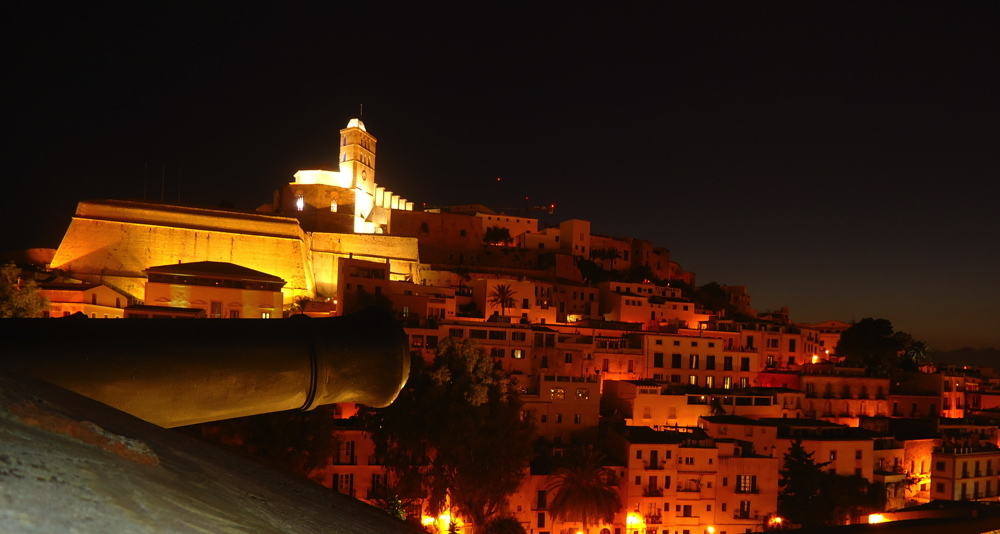 You can't miss This
The walled city of Dalt Vila is one of the most relevant architectural elements on the island. Its good state of conservation contributed to
How to get here