Ibiza or Eivissa, in Ibiza, is the capital of the island. It stands out for its impressive walled citadel that is a World Heritage Site from 1999

Eivissa, name of the city of Ibiza in Ibiza, is the most inhabited municipality of the island and as such, the most bustling both day and night. Located to the southwest, it is also known as 'Vila' and, therefore, its residents, apart from Ibicencos, are 'villagers'.

If there is something that stands out in the municipality is its impressive walled citadel, Dalt Viladeclared World Heritage in 1999. Walking its beautiful streets and bastions is practically an obligation since in them you can soak up the authentic history of the island. The Cathedral of Santa María it presides over the citadel from the top and the fantastic viewpoints that follow one another throughout the complex offer incredible views of the city and the port.

Sit down to have a drink in any of the bars and restaurants that you will find or acquire a nice memory of your visit in its small shops is something that you can not ignore, as well as take the walk to know some of the museums of Ibiza. Within the same room you will run into the Archaeological Museum of Ibiza and Formentera, that of Contemporary art, el Puget Museum or the famous Interpretation Center Madina Yabisa La Cúria, among others.

At the foot of the wall the old fishing district of the Navy and the Port of Ibiza. In its streets you will find numerous fashion stores, positions crafts and souvenirs, restaurants of all kinds and, from the early afternoon until the early morning, terraces with a most lively atmosphere.

A walk through the port is also one of the essentials in Ibiza. In it not only ferries of regular lines disembark, but also can be seen impressive yachts or cruises. Just on the other side is the marina, in the area of Marina Botafoch, where you will also find numerous shops and entertainment, exclusive shops and hotel accommodations.

Broadly speaking, the municipality Ibiza has three beaches urban: Figueretas, Talamanca y Playa d'en Bossa, that shares with Sant Josep, all of them full of services.

Being the capital of the island, it is also home to its main institutions such as the Consell d'Eivissa or some consulates of European countries. Also located here is the Can Misses hospital, the largest on the island. 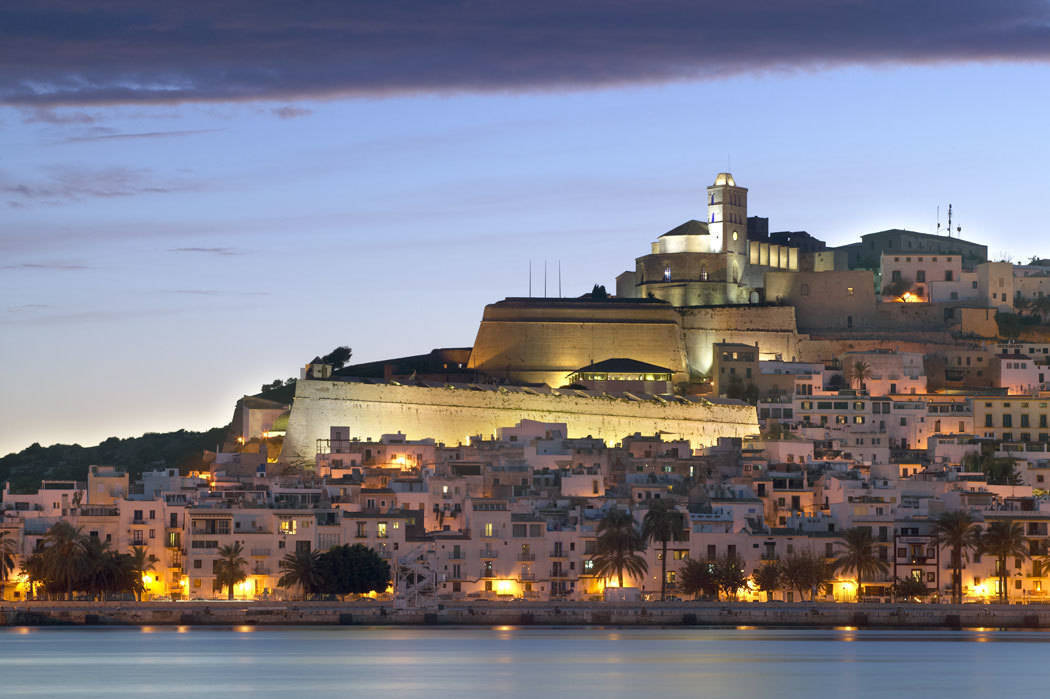 Ibiza or Eivissa, in Ibiza, is the capital of the island. It stands out for its impressive walled citadel that is a World Heritage Site from 1999