You can't miss This
San Agustín, in San José, is an ideal place to enjoy the calm of the countryside of Ibiza and a landscape that has remained intact over time

Saint Augustine it is probably one of the most charming villages of Ibiza. It is part of Municipality of San José and the Heritage Law of the Balearic Islands declared it years ago Historical Set

In the center and its surroundings you will not find constructions that deflate with the typical Ibizan architecture, characterized by its whitewashed houses with cubic shapes and striking windows and by the stone walls that contrast with the green of the countryside.

Once you arrive at San Agustín you will be invaded by that authentic feeling of peace enjoyed by rural areas. You will not need the car since walking it will not take you more than ten minutes, so you can park it behind the church, in front of the parish house.

Construction religious temple, which began in 1791, aroused a great debate in the town since two families offered their plots to rise in them. Finally, the building was made so that it occupied both lands. This later affected the stability of the parish, since the land of one of the lots was rocky and the other clay.

Escape to San Agustín is a great idea, as is also enjoying the gastronomy of Ibiza In one of its restaurants. If you want to surprise your partner, Can Berri Vell It is one of the most romantic restaurants in Ibiza. A stately peasant house from the end of the 17th century that preserves all its characteristics intact. If you are looking for an equally welcoming but more informal place next to the church, you will find Can Berri, another space with essence 100% ibicenca. Its terrace, full of orange trees, is filled every summer night with tourists and residents willing to have a good time.

Their popular parties are celebrated in August. The big day is the 28, day in which you will be able to contemplate different music and theater shows, participate in various sporting events… It is worth highlighting here the great work of the Sant Agustí neighborhood association, the Colla des Vedrà and the Cultural Center. Everyone is 100% involved in the festivities and programs activities aimed at maintaining certain traditions of the island, such as, for example, the production of country wine or popular dance.

Saint Augustine is undoubtedly the faithful reflection of the old Ibiza. 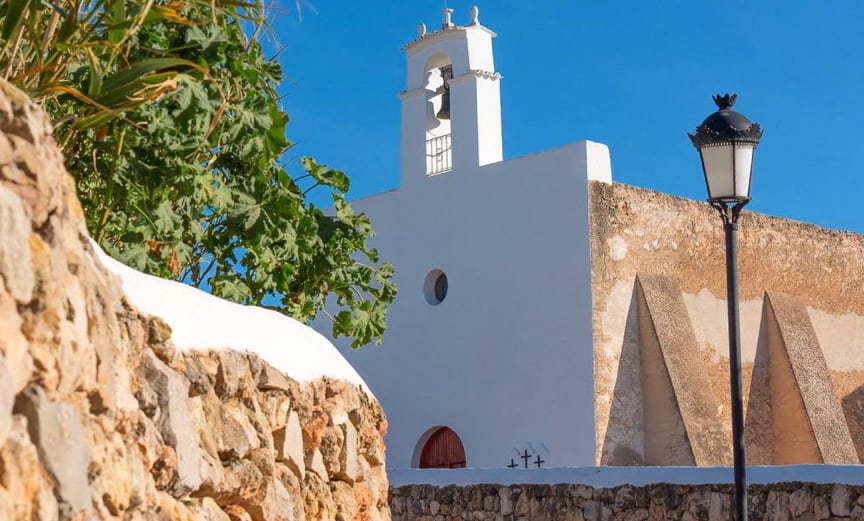