The people of San Miguel is located at northeast of the island, in the municipality of San Juan. It is one of those corners of Ibiza away from the noise and bustle. The center of the town is composed only of some shops, bars and restaurants, typically Ibizan houses and some residential buildings.

As it could not be otherwise, what most catches the eye of this place is its precious fortified church Its whitewashed walls glow on the Puig de Missa, the hill on which it is located. The fact that date from the 14th century makes it one of the oldest parishes in Ibiza. In the XVI century the central nave was constructed, to which later they were added two chapels.

Outside the temple there is a beautiful viewpoint in which is the statue of the ibizan poet Marià Villangómez. Very peculiar is also the tobacconist of Can Xico de sa Torre, a small bar and tobacconist that remains intact over time. Founded in 1905, it was the point where the inhabitants of the town met.

There are several artists who opened their workshops in the narrow streets that lead to the church. Well-known artisans like Dario Bome, master of the leather, or the Italian goldsmith Alberto Citterio work and sell their creations here.

The most important tourist center is the port of San Miguel, one of the busiest areas of the town. A natural bay that serves as a small port and from which formerly agricultural products were exported. It was also a place frequented by smugglers who hid their merchandise in caves like the one of Can Marçà. A cave with more than 100.000 years old located inside a cliff. It remains open throughout the year and the visit is conducted in a guided way.

The beach of the port is a quiet and full of services, hotels and good restaurants where to taste the best of the gastronomy of Ibiza. If you want to explore the area a bit more, you can take a path that you will see on the left (facing the sea) that goes through the forest. If you follow it, you will reach the Horseshoe Creek and from here you will see s'Illa des Bosc, a private island with a huge luxury home. It will not take you more than fifteen minutes on foot.

Near the port of San Miguel you will also find coves like Benirràs, famous for its incredible sunsets, is Caló des Moltons or is Pas de s'Illa.

From Ibiza take the road to Santa Eulalia and, before arriving, you will see the detour to San Juan. Pick it up and continue until you find the one in Sant Miquel. 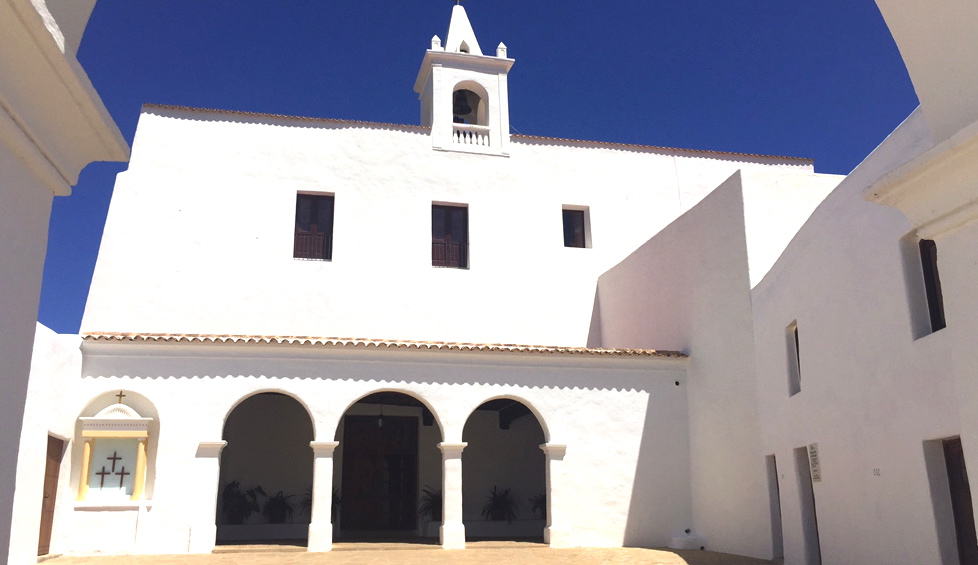