This Image is 360º Press or  Move your cellphone

San José is the most extensive municipality in Ibiza and one of the best valued thanks to its amazing beaches, its villages and its beautiful landscapes

Is largest municipality of Ibiza and it is located to the south-west of the island sharing with Ibiza and San Antonio the two most important tourist areas of the island: Playa d'en Bossa and the bay of Sant Antoni.

It has more than 80 kilometers of coastline where the coves and beaches of ses Salines, is Cavallet, cala Jondal, cala d'Hort, Cala Carbó, Vadella Creek, cala calida o cala account among others, in addition to the islets of Es Vedra, Es Vedranell and Sa Conillera.

We also find the highest mount of the island, Sa Talaia, with 475 meters of altitude and the Phoenician settlement of sa Caleta, declared World Heritage by UNESCO in 1999.

Another of the places of this beautiful town that you will not forget is the famous defense tower des Savinar in Cala d'Hort (popularly known as the pirate's tower), which has incredible views of the islet of es Vedrà. Right ahead you will find Sa Pedrera (Atlantis) an old stone quarry from which part of the tide was extracted that was used in the construction of the walls of Dalt Vila.

This municipality also houses the only two protected natural parks that owns the island: Salines and nature reserve of es Vedrà, is Vedranell i is Illots of Ponent.

In addition to that of Sant Josep, the parishes of Sant Jordi, Sant Agustí y It's Cubells integrate this municipality characterized by its beautiful landscape, its dream coves and quiet villages full of life and tolerance.

It is very simple since it is indicated from any part of the island. 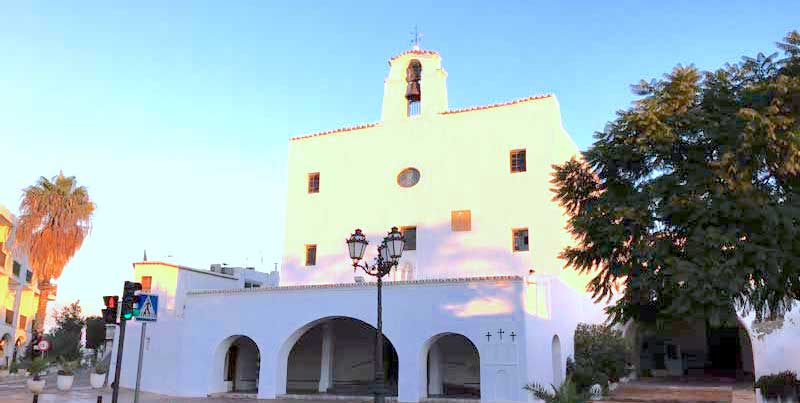 San José is the most extensive municipality in Ibiza and one of the best valued thanks to its amazing beaches, its villages and its beautiful landscapes