Chiringay, in Es Cavallet, is one of the reference points for the gay public in Ibiza for its unbeatable atmosphere, the freshness of its dishes and the liveliest music.

We do not exaggerate if we say that the Chiringay, in the Es Cavallet beach, Sant Jordi, is one of the restaurants with the best gay atmosphere not only of Ibiza, but also part in the world. Until he comes every summer thousands of people eager to try their elaborate dishes andand forget about worries at the pace of the best music.

La history from this restaurant on foot beach goes back many years ago, when its owner, Alberto Ciatera saw in him an endless number of possibilities that no one else could see. Thus, with the passage of time, the Chiringay has undergone a series of changes that have ended up transforming it into what represents today: freedom and fun of anyone who steps on it.

Su paper is composed of a wide variety of dishes ranging from the typical Spanish food to the Asian touches. You can eat from a single sandwich or a salad to try more elaborated elaborations like the red tuna tataki with wakame or truffle risotto with funghi and parmesan, depending on what you want in the moment. Of course, what you will not miss during your day in Chiringay will be the spectacular views of the crystal clear waters of Es Cavallet beach and, why not say so, to some of the most sculptural bodies of the summer ibicencan

You have no excuse not to try their desserts because they have thought of everything. They even have a fantastic chocolate brownie suitable for coeliacs. And what about their Cocktails, one of the most appetizing drinks for the table by the sea.

You can also go there to have breakfast. Count on various types of breakfasts in its menu among which you can choose natural juices, eggs, toast, muffins… a little of everything. Recharge yourself with energy and take a bath in one of the best beaches in Ibiza.

As its creator assures, “the Chiringay was the result of the spontaneous, destiny… ”, Something that you will feel in every corner of the premises, which overflows with environment of tolerance and enjoyment without equal. A dose of good vibes that will last during all your vacations.

Your chef advises you not to leave Chiringay without trying the octopus carpaccio or the Thai salad. Perfect dishes for a beach day like the one you will spend at Es Cavallet.

Head to Sant Jordi and take the road towards Salinas or Sa Canal. Before arriving at the beach of Salinas you must take a dirt road on the left that will take you to Es Cavallet beach. It is best to park and walk until you reach the premises. 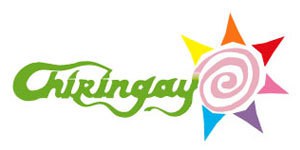 Chiringay, in Es Cavallet, San José, is one of the points of reference of the gay public in Ibiza for its unbeatable atmosphere, the freshness of its dishes and the best music.