Trattoria del Mar, in Ibiza, has seduced the experts of the Repsol Guide, who have rewarded the flavor of their seafood pasta, the beauty of the place and the good treatment received

Maybe you've heard of the restaurant on occasion Trattoria del Mar, in the port of Marina Botafoch, Ibiza, but you don't remember exactly why. Well then, let's remind you. One of the most relevant data is that it belongs to the list of those restaurants that have been awarded with a Sun of the Repsol GuideIn this case on two consecutive occasions, 2014 and 2015. These distinctions are awarded to chefs and restaurants who contribute to culinary excellence in Spain and Portugal, so, although you can already deduce that the dishes served at Trattoria del Mar are of a high standard, we are not going to stop talking to you about they.

Of course, they are made with the best and freshest ingredients From the market. They are specialists in homemade pasta with seafood and fish, ingredient that can not be missing in the 80% of its dishes. Brothers Antonio, Luciano and Alessandro D'Ambrosio opened their business back in the summer of 2007 and since then they have been reaping many successes combining the famous Italian gastronomy, in this case with a strong character Neapolitan, with the most modern cooking techniques.

Homemade Pappardelle with lobster, risotto alla Pescatora, grilled tuna, spaghetti with clams… Taking a look at their menu supposes that you crave everything at once but, don't worry about having to choose, there is no dish that is not worth trying.

In the Trattoria del Mar they also have a wide wine cellar full of Italian and Spanish wines which help intensify the flavor of the dishes served at their neat tables. The location of the restaurant is another of its strengths since while you taste a succulent menu, you will have in front of you the silhouette of the citadel of Dalt Vila with the port At his feet.

Do not forget to try your desserts which, as they claim, "They are made at Mamma's house" Is there a better guarantee of quality than that?

James Blunt, Figo, Ferran Adrià, Simeone, Cannavaro or Niki Lauda are just some of the celebrities that have dropped by the Trattoria del Mar in Ibiza, but not only they can enjoy excellent food in this beautiful establishment. The d'Ambrosio brothers put at your disposal a midday menu with a fixed price in which you can choose from a varied selection of dishes and one of their succulent desserts Do not miss it!

Do not leave the Trattoria del Mar without trying the grilled pulpit or the paccheri ai tre crostacei.

Head to the end of Marina Botafoch. You will find it in the part that gives to the port, where the majority of restaurants of the zone are. 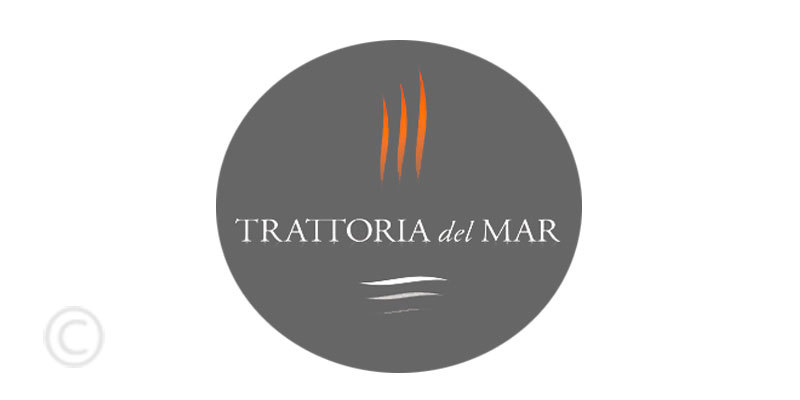 Trattoria del Mar, in Ibiza, has seduced the experts of the Repsol Guide, who have rewarded the flavor of their seafood pasta, the beauty of the place and the good treatment received