Ibiza has magnificent facilities for golf. Beautiful fields of different levels of difficulty in the heart of the island

Lovers golf in Ibiza they have a wonderful field in which to put into practice your experience or start in this sport: Ibiza Golf

It is in the Roca Llisa area, just 7 kilometers from the capital and halfway between the towns of Jesus and Santa Eulalia. Managed today by the azuLinehotels hotel chain, was founded in 1972 under the name of Roca Llisa Golf Club and had nine holes. Twenty years later, it was inaugurated a new course with another 18 holes known as Club de Golf de Ibiza. Eventually, both facilities were united under the same name: Ibiza Golf

It has an extension of more than ten kilometers with spectacular views both to the sea and to the mountain. It is composed of two tours very different from each other, so the options when playing are very varied. 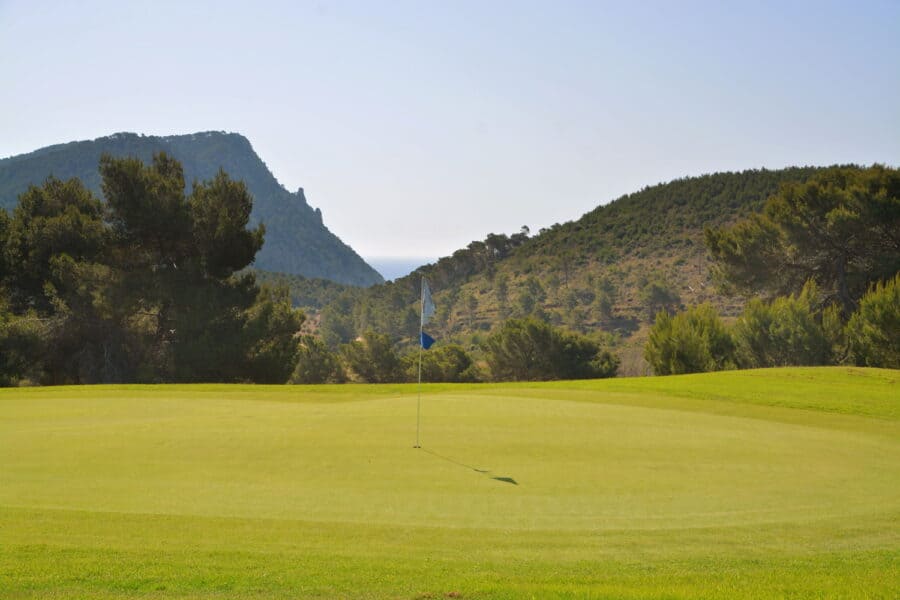 The first is that of the old Club Roca Llisa de nine holes, much appreciated by both experienced players and beginners. The path, flat and open, runs between trees, lakes and bunkers and it doesn't take you more than two hours, with what is ideal for those who want to concentrate their game in the shortest possible time.

The second route is that of 18 holes and it stands out for the characteristics of the terrain itself, since it is in the most rugged part of the valley. It is the perfect place for the most demanding golfers since they will come across various obstacles, both natural and artificial, which will add some difficulty when it comes to scoring points. The approximate duration of the game in this area is four hours.

In addition to an ideal terrain for the practice of this noble sport, Golf Ibiza has its own teachers. These will be responsible for helping you acquire the knowledge you need to get started or improve your technique. You can go to private lessons, group or even business days. They have also launched a children's school so that the little ones can also enjoy the benefits of golf.

As if that were not enough, in Proshop, the Ibiza Golf store, You can get the material you need to become a professional. And, as every effort deserves its reward, Golf Ibiza puts at your disposal the service of your restaurant: 19 Hole. A nice space with different environments in which to taste a succulent Mediterranean menu.

Golf in Ibiza has been gaining followers over time, becoming a sport on the rise on the island. If you are a good fan, do not hesitate to visit the course and enjoy a day full of challenges and quality proposals.